Solution. AECI hired Siemens Energy Inc to modify startup logic and controls, as well as to re-tune to improve the full-load start time. Details of the logic changes and implementation follow:

• Modified logic for the air dampers and fuel-gas isolation valve to allow them to open earlier in the startup sequence.

• Modified logic for the fuel-gas isolation valve to allow proper opening and closing in the event of a trip on startup.

• Modified logic to allow the operator to select fast or normal start.

• Added logic to allow the fast-start load gradient to be operator-selectable from 10 to 27 MW. The original load gradient was 10 MW/min; fast start uses the 27-MW/min loading.

• Modified logic to allow fast-start selection through the RTU interface.

• Fast-start load gradient kicks out once the load set point is reached or when outlet temperature control (OTC) is achieved.

• Adjusted startup parameters to make the startup curve more linear from 150 to 3600 rpm.

Results. Before the fast-start modification, the Holden units were AECI’s fastest starting units at 15 minutes from beginning of start to full load. Full-load start time was reduced by an average of 6 minutes to an approximate 9-min full-load start time. More specifically: 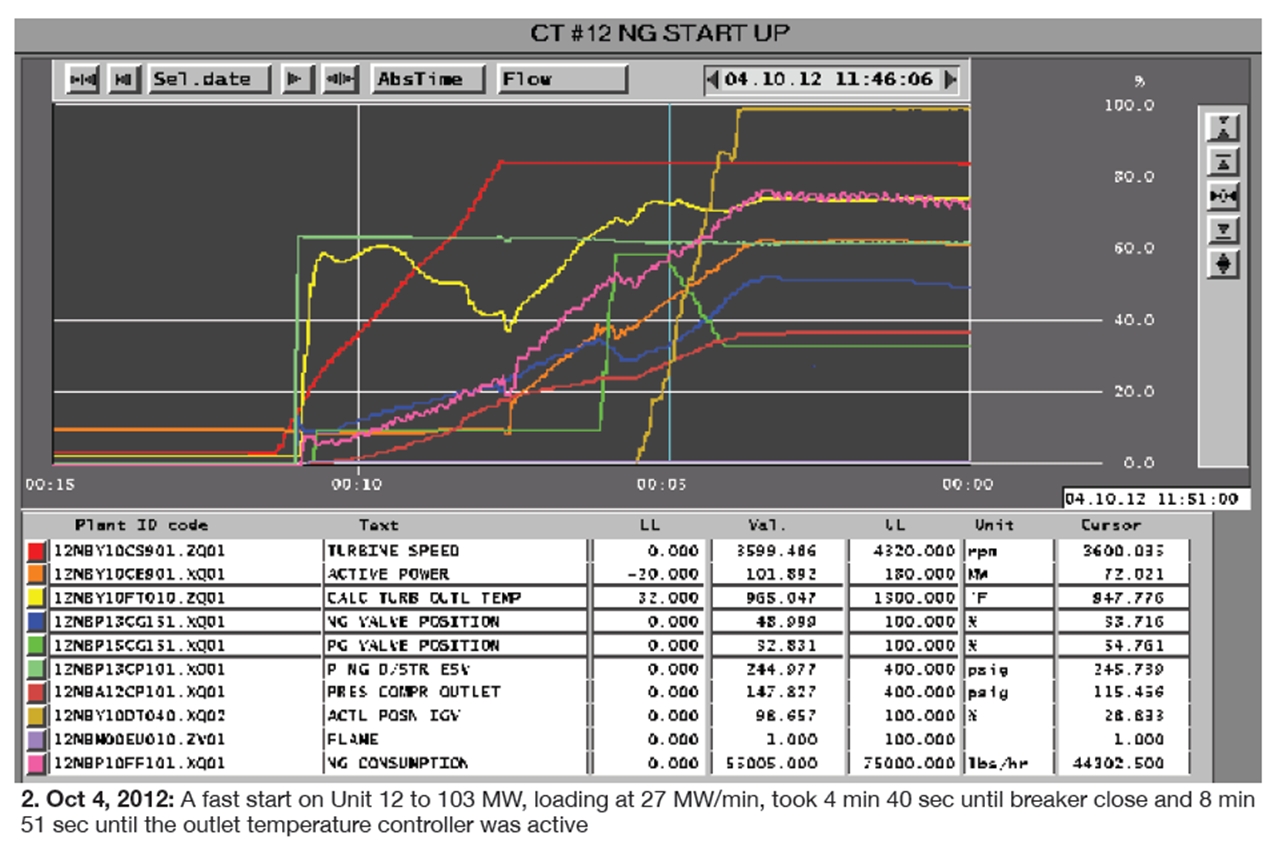 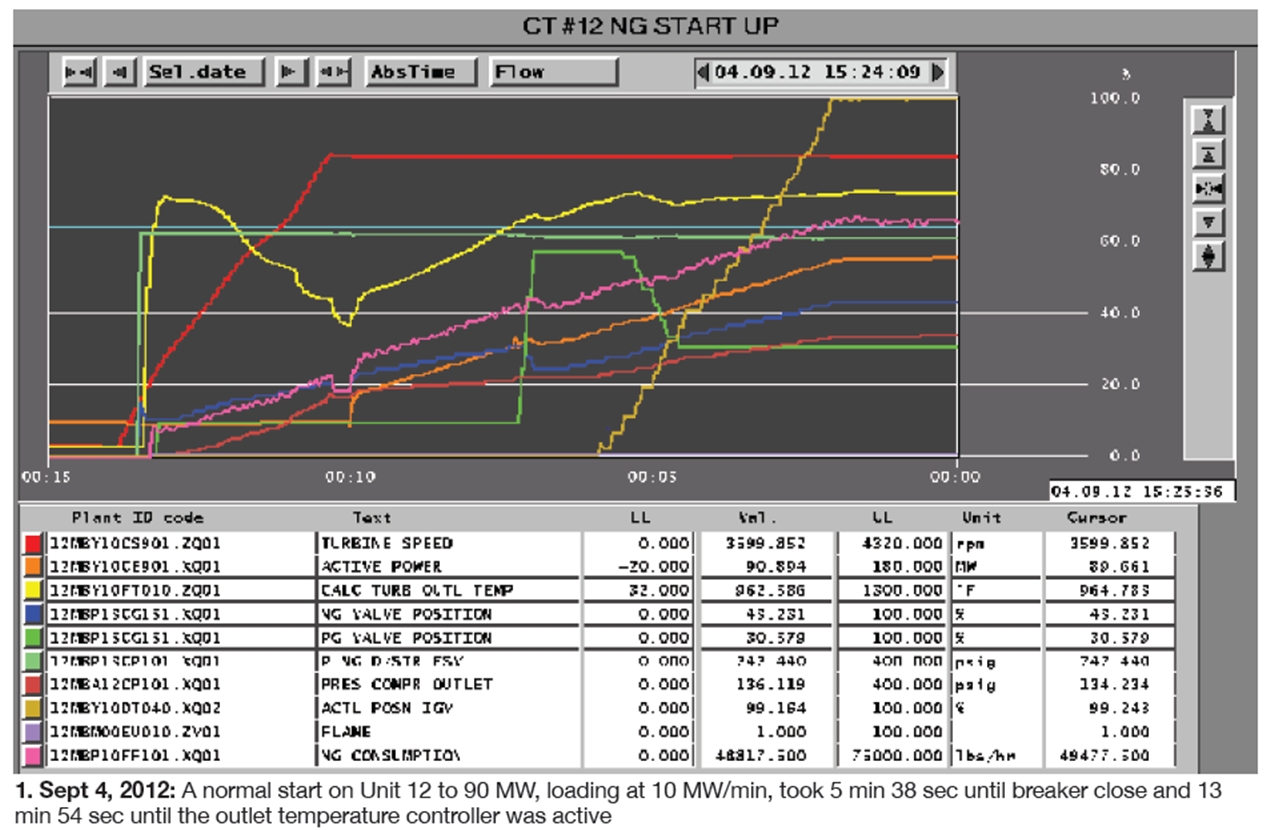 • Base load for fast-start testing was 103 MW; normal ramp rate was 10 MW/min, fast-start rate 27 MW/min. The ramp rate is selectable by system operators via the RTU interface.

• Faster start times were achieved only through logic and tuning changes. There were no physical modifications to the equipment.

•The first fast start was called for less than 24 hours after project completion; expectations were met.

• From commissioning in October 2012 through January 2013 there were a total of 22 fast starts on the three units arranged for that capability; all were successful. There also were 25 normal starts.

• Late last January, all three units were called on to fast-start concurrently following the trip of a coal-fired unit. Expectations were met.

Control performance standards. Faster Holden starts provide better compliance with BAL-001 CPS. A newly proposed revision of BAL-001 and a field trial, in which AECI is participating, requires correction of negative Area Control Error (ACE, under generation) within 30 minutes during periods of low frequency. A faster Holden start time allows for other options to be exercised first to try to mitigate a BAAL (Balancing Authority ACE Limit) event. This allows for more time before Holden units have to be started, actually reducing the number of Holden starts and keeping costs low.

Renewables integration. Faster Holden starts give AECI more megawatts faster helping it mitigate the risks with wind. With more wind generation coming on line, the utility had to address the system responsiveness. Several alternatives were considered on the basis of cost—from constructing new units to modifying other units to start in less than 10 minutes. The economic solution was arranging for fast-start capability at Holden. 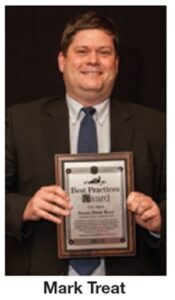