Challenge. At Panoche Energy Center (PEC), one of management’s primary objectives is to keep operators current on the plant’s contractual obligations to both the owner and off-taker. A key goal is to maximize the variable revenue referenced in the contract. The ability to increase plant efficiency beyond the contractual guarantee has monetary value to the plant owner.

PEC has a 20-yr purchase power agreement that allows an increase in variable revenue based on actual versus guaranteed heat rates. Operators found it difficult to take advantage of this opportunity because daily totals reports were being produced a day after a given day’s operations. This meant there was the possibility of a lost opportunity for maximizing current revenue during changes in operating loads and unit configurations. 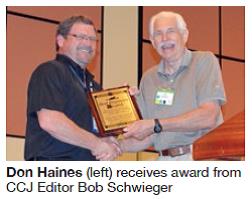 Solution. Plant personnel worked closely with the EthosEnergy Group’s performance team and PI experts to develop a real-time performance monitoring system. The result of this effort is a digital control system that interfaces with a PI historian monitored and maintained by EthosEnergy Group. It enables operators to run the PI project monitoring and contractual guarantees against the actual values and to adjust equipment configurations to maximize efficiency.

Result. The online monitoring system has produced about a 10% increase in annual variable revenue for the owner.