Challenge. In July 2016, Athens’ Title V air permit was modified to include startup and shutdown limits. The former included emissions as well as startup time limits: three hours for a hot start; six hours for a warm start; and eight hours for a cold start. These were determined by the shaft temperature of the HP steam turbine. 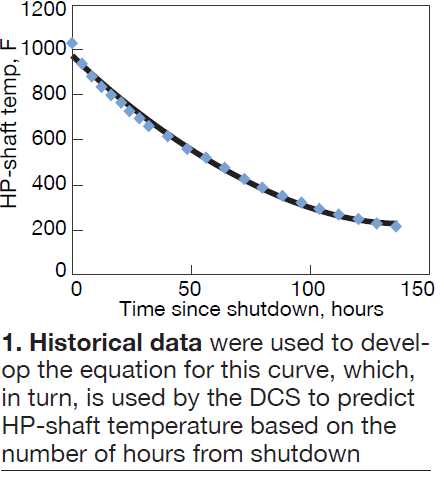 The units at Athens do not run baseload. They can run for several days at a time and then shut down for several days. This results in steam turbine temperatures that can vary widely. The type of startup—hot, warm or cold—is included as part of the plant’s air permit but it is also considered critical information by the marketing team. Because the marketers must purchase the necessary gas and submit the ramp bids to the ISO before the unit can be dispatched, the plant must let them know as early as four days out whether the start will be hot, warm, or cold.

To accomplish this, our operations team was using a rule-of-thumb approach based on the number of hours since shutdown: less than 12 hours, a hot start; 12 to 100 hours, a warm start; more than 100 hours, a cold start.  This approach worked well until the July 2016 Title V modification. Under the new requirements, it became critical that the marketing team submit the correct startup profile bid to ISO, or Athens would be at risk of running a startup beyond its permitted hours limit.

Solution. To calculate an accurate baseline, plant personnel pulled HP-shaft temperatures from shutdowns over the past couple of years. They sorted the data, then plotted it with “time since shutdown” on the X axis and “HP-shaft temperature” on the Y axis (Fig 1).

An equation was developed from this plot that allowed plant personnel to accurately predict HP-shaft temperature as a function of the number of hours from shutdown. The equation and plot were a useful tool, but our goal was to incorporate this curve into the distributed control system (DCS) so the operators could easily determine the shaft temperature at startup. 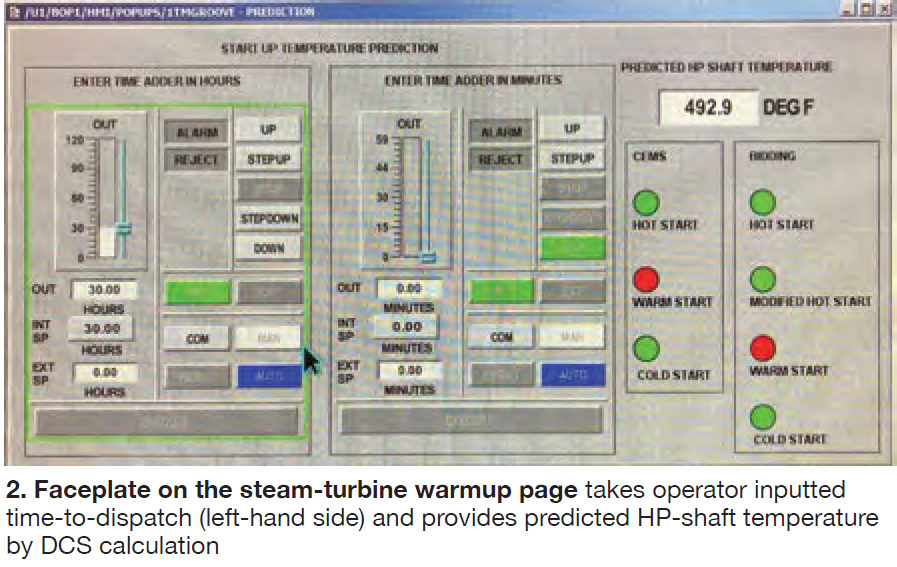 Results. The I&C staff built the faceplate shown in Fig 2 which appears on the steam turbine warmup page. If a unit is going to be dispatched, the control room operator (CRO) will total up the hours from the current time to the anticipated dispatch time, then input this number into the “hours” block on the left-hand side of the faceplate. Using the curve developed in Fig 1, the DCS will then output a predicted HP-shaft temperature.

This tool has been used many times over the past year and has been accurate down to ±1 to 2 deg F even several days in advance of a startup. This probably has saved the plant several costly Title V permit violations.