Still correcting design deficiencies more than a decade after COD 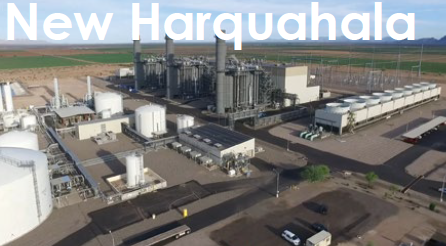 New Harq’s circ-water pumps are driven by 6.9-kV motors which receive power directly from the main power feed associated with their unit. Thus, the pumps shut down when power is lost to the unit served.

The logic was designed such that if the MOV were closed, it would trip the circ-water pump to protect it. The pump also would trip if the MOV lost power. This is not an issue for the other two units because they take suction from, and discharge back to, the same cooling tower.

Designers did not consider that if one of the pumps—specifically one on the unit sharing water from both towers—tripped off from loss of power with the MOV open, circulating water would be pumped directly from A tower to B tower, or vice versa. The plant is designed with a cross connect for equalizing the towers; however, circ-water flow at a rate of 60,000 gpm, it is not capable of keeping up. This would certainly cause the receiving cooling-tower basin to overflow.

In 2016 there were two situations where this occurred. One was a fault that occurred on the Unit 3 main feeder breaker which terminated the power to cooling tower B MCC. The second occurrence: A contractor conducting relay tests on Unit 1 accidentally tripped open the switchyard, causing the loss of power to cooling tower A MCC.

Plant personnel conducted a root-cause evaluation (think reliability cause map) to determine what options were available to ensure events, such as stated above, are mitigated. The following options were evaluated:

Solution. Find and install the most cost-effective option that increases the reliability of the Unit 2 circ-water system to ensure against a basin overflow event. After careful evaluation, staff determined the most cost-effective option was to procure and install the secondary positioner on the discharge MOVs. Loop power from the DCS was available at the discharge MOVs already and required minimal labor for the install. After the management-of-change process for design and implementation was approved the work was completed by plant employees.

Results. This upgrade has significantly increased the reliability of Unit 2’s circ-water system and will prevent a tower basin from overflowing if power is lost to one of the two circ-water pumps while Unit 2 is operating.