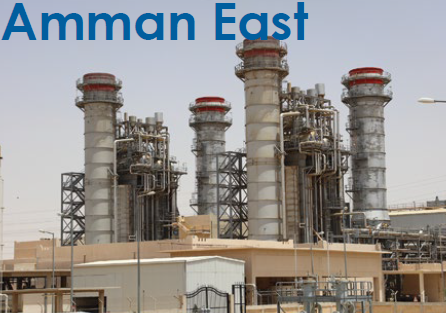 Background. The Hashemite Kingdom of Jordan is one of the world’s poorest countries in terms of indigenous fuel resources, importing 98% of the energy it consumes. This makes efficiency of electric generation a priority.

US-based AES Corp owns and operates powerplants on four continents, two in Jordan. They are managed by Meftaur Rahman and account for about one-fifth of the country’s installed generating capacity with grid access:

One of AES’s goals as a Fortune 200 global power company is to operate its facilities at top efficiency. The company initiated what it calls the AES Energy Star program to communicate internally ways its assets are optimizing operations to reduce energy consumption. Sharing best practices and lessons learned across the enterprise is critical to success.

ISO 50001 compliance is one method AES uses to integrate energy management into the systems and culture of the company. The internationally recognized, externally verified energy management system carries credibility and ensures diligence in program management. This was proven by experience gained earlier in achieving ISO 14001 and OHSAS 18001 certifications.

Solution. Achieve ISO 50001 certification. The process began in 2013 with implementation of a gas-turbine inlet fogging system to boost plant output by 30 MW. Recovery of 70% of project capital cost in the first year of operation provided the incentive to develop a structural approach for continuing improvement in energy management. This project was recognized with CCJ’s 2014 Best Practices Award for performance improvement. The following year it received a Best Innovation Award from Middle East Electricity.

Management gave its EnMS (for energy management system) program the highest priority among the plant’s many business objectives. An internal committee was formed to create a plan for successful 50001 certification, awareness training was conducted for all personnel, guidance documents were developed for heat-rate and efficiency improvement, objectives were developed for all individuals, etc.

Successful projects attributed to the EnMS initiative included the following:

Improving heat rate hinged on the ability to collect, analyze, monitor, visualize, and share energy data from multiple sources among team members and systems across all plant operations. To achieve this goal, management invested in PI software from OSIsoft LLC. This critical step, taken in 2015, enabled calculations of technical and financial performance, tracking of auxiliary power consumption, transformer monitoring, etc.

Some of the benefits attributed to PI include the following:

Results. Amman East became the first powerplant in Jordan to implement ISO 50001 (2016). In the four years it took the plant to achieve this goal, energy performance improved by 1.7% and CO2 emissions were reduced by more than 35 million tons. Total cost of the program for the first four years was $300,000 less than the fuel saving.