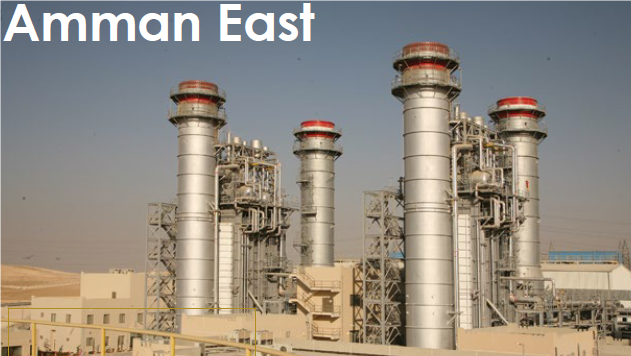 About 30 to 36 tanker trucks are received daily at Amman East’s six-vehicle unloading bay. A necessary step in the unloading process is the need for a contractor to climb up on each truck to open its top hatch, thereby creating a fall hazard from a significant height. A full body harness with static lifeline was the original method of assuring personnel safety. However, the concrete bases anchoring the cumbersome static lifelines were damaged frequently by truck movement.

Solution. Initially, plant personnel thought to redesign the lifelines and modify their concrete bases consistent with the latest safety standards. But then they came up with the idea of a mobile platform to make the entire system more efficient, reliable, and safer.

A preliminary study supported this thinking.

Bids for a turnkey project solicited from several contractors were higher than the plant could afford, so design was brought in-house. The first of the three platforms required (one can serve two trucks simultaneously) was fabricated by a contractor and installed to test functionality and safety before ordering the other two (Fig 1). Success confirmed, the remaining two platforms were fabricated and installed. 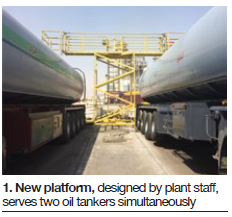 Results. The platforms have met expectations, with the following benefits:

Jordan has one of the lowest levels of water resource availability, per capita, in the world. Water will become even more scarce over the next two decades given the nation’s population is expected to double. Plus, climate change potentially makes precipitation more uncertain and variable in this region. The bottom line: Management of water resources is a critical issue facing the national government. Owner AES is in lock-step with the country’s goal of reducing water consumption with its “Put safety and environment first” program.

Challenge. An AES team studied the plant’s water use and identified the following five areas with an opportunity for reducing consumption:

2. Frequent starting/stopping of the jockey pumps used to maintain water pressure in sprinkler pipes, likely indicating leakage from that portion of the system. Investigators found that the pumps, which used to start every three hours or so, were now starting every 10 seconds.

Results, in gallons of water saved per day, were the following: