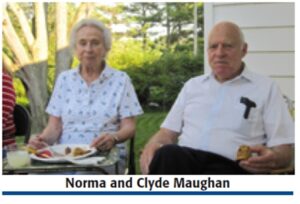 Clyde Maughan blew out 85 candles while finishing up his fifth CCJ article, “There’s nothing generic about generator failures,” p 48. You can access all of The Clyde’s work for this journal at www.ccj-online.com/maughan/. Stay tuned, more articles are coming in future issues.

The globe-trotting generator maintenance and overhaul guru stands head and shoulders above the vast majority of electric-power professionals. His productive career has spanned more than 61 years—to this point. In fact, it’s fair to say that The Clyde has had multiple careers in the same industry.

He spent the first 36 years after graduation from the Univ of Idaho (BSEE, 1950) at General Electric Co as an engineer and manager in generator and turbine engineering design/service/development, manufacturing production and quality control, product service in field and factory, and as the project manager for change-outs of five generators manufactured by three OEMs.

For the last 25 years, The Clyde has been in private practice: Maughan Generator Consultants, Schenectady, NY.

Along the way, he has been directly involved in approximately 250 repair projects on generators from 2 to 1400 MW supplied by virtually all of the world’s major manufacturers. That work has included several dozen root-cause investigations of complex failures on stator and field components.

Plus, Maughan has served on several IEEE and IEC committees and working groups; managed a couple of major projects for EPRI; written or coauthored more than two score major technical papers; written a handbook of more than 200 pages on generator repair and conducted 30 seminars (1000 attendees) worldwide based on that work; and still had time to get an MS in Mechanical Engineering.

The editors knew relatively little about The Clyde’s many career accomplishments (he wouldn’t think of tooting his own horn) and asked a few long-time colleagues to talk about the engineer, the educator, and the person. This activity was facilitated by Jane Hutt of National Electric Coil, the company that developed and champions the International Generator Technical Community™ to share generator know-how globally (ad, p 56). Maughan gives freely of his time to support this forum.

The bullet points that follow were culled from correspondence with John Demcko, PE, Gregory C Stone, Jim Michalec, and others: 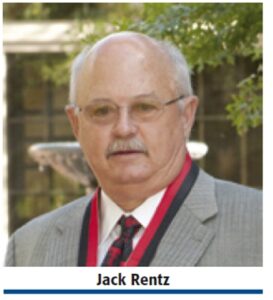 The award was established 45 years ago to salute the most outstanding alumni. Over the years, 199 graduates have been recognized as having (1) been distinguished in their profession, (2) been an inspiration to their peers, and (3) demonstrated a continuing interest in areas outside the field of engineering.

Rentech is the fastest-growing boiler manufacturer in America, with offices in Lincoln, Neb; Tulsa, Okla; and Sacramento, Calif. All manufacturing is done at the company’s Abilene facilities, which recently were expanded to provide more than 100,000 ft2 of shop space.

Ing Giorgio Dodero, chairman of Milan-based IPG-Industrial Project Group Srl and the CCJ’s European power-technology consultant, was selected by the Power-Gen Europe Best Paper Awards Committee as one of three finalists for his work on “Evaluating design and erection criteria of new nuclear plants under construction: Flamanville 3 and Olkiluoto 3 units.”

Robert Jelley called to say he had retired from ExxonMobil and was leaving for an independent consulting gig in Africa. Jelley is well known in the industry for his contributions to user-group discussions.

DRB Industries Inc’s David Brumbaugh, an Oklahoma state representative, is appointed to serve on the Energy Council, a legislation organization of 12 energy-producing states, five Canadian provinces, and one South American nation. Brumbaugh is owner and president of DRB, headquartered in Broken Arrow.