Technical Information Letters (TILs), published periodically by GE Energy, offer recommendations to resolve equipment issues, improve gas-turbine O&M and reliability, and protect the health and safety of plant personnel. They should not be ignored or set aside for future consideration.

Unfortunately, TILs do not always filter down to responsible personnel on the deck plates; and even when they do, operators sometimes find the language confusing. Either way, the message may not get through to where it’s needed.

Perhaps no one sees the breakdown in communication as clearly as the field service personnel at Advanced Turbine Support Inspections LLC (ATS), Gainesville, Fla, who follow TIL requirements to the letter when making their periodic borescope inspections. The need for a better understanding of gas-turbine (GT) technical issues by the O&M staffs at plants powered by 7FAs prompted the development of a webinar focusing on the importance of TILs 1509-R3, 1638, and 1795 to owner/operators. The webinar, which aired December 14, provided the content for this report.

You may recognize some of the issues identified from previous articles, such as S0 vane cracks in “Keep up with OEM advisories,” which appeared in the 2011 Outage Handbook (access at www.ccj-online.com). But those articles typically focused on one or two specific concerns introduced in discussion sessions at user group meetings. This report summarizes the advisories of greatest importance to most 7FA owner/operators in one place, presents industry-wide inspection findings, and offers some suggestions from the inspection team based on field experience. 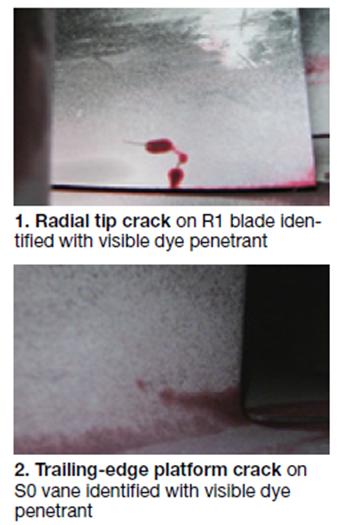 To sum up, in the last 10 years ATS has completed more than 1000 in-situ inspections and identified over 150 cracked rotor blades, more than 60 S0 cracked vanes, and two S1 cracked vanes. For rotor blades and stator vanes that do not show any signs of distress, ATS recommends the following as a minimum: Annual visible dye-pen inspection of R0/R1 blades. Plus, dye-pen or eddy-current inspections of S0 vanes annually or after each 100 actual fired starts. Subsequent inspections based on the results of the inspections would run parallel to the OEM’s recommendations.

TIL 1638 addresses F-class R0 in-situ and R1 case-off ultrasonic inspections (UT) for dovetail distress below the blade platform. The testing interval is to be 8000 fired hours or 150 fired starts, whichever occurs first. This recommendation is modified for peaking units performing more than 150 annual starts to just before and following the peak season. The TIL applies to all Frame 7 and Frame 9 F-class turbines installed with non-undercut R0 blades (which includes the baseline standard R0 and P-cut R0 designs).

To sum up, ATS has to date identified 116 dovetail cracks with no false calls. It also has found R0 dovetail cracks which are outside of the interest areas and coverage capabilities of other inspection agencies. Finally, the company’s inspection team has identified R1 dovetail cracks in-situwhich ranged from about 1 to 3 in. long and from depths of 0.255 to over 1 in. The cracks in this last unit likely would have propagated to failure before the next scheduled case-off accessibility.

ATS recommends performing ultrasonic inspections of the R0 and R1 platform areas before and after each peak operational season and not exceeding a six-month interval. Subsequent inspections are based on the results of the inspections and would run parallel to the OEM’s recommendations.

TIL 1795 pertains to L-0 40-in. titanium bucket inspections on steam turbines found in some F-class combined-cycle plants. It was issued in response to cracking identified in dovetail fingers of some buckets. Cracks typically are found in the transition fillet from the top portion of the finger to the center (Figs 5 and 6). At least one instance of bucket liberation has been reported (in Korea). Here are the OEM’s suggestions:

TIL 1795 is time-consuming to perform. Estimate four weeks just for conducting the inspection (breaker to breaker) if you’re going to use the OEM’s plan. Add another three weeks to modify the buckets as well. Alternatively, you can opt for ATS’s recently announced in-situ inspection technique, which requires one 12-hr shift per row with minimal unit downtime and preparation. Note that removal of the LP turbine hood, rotor, and buckets is required to conduct an FPI inspection.

Findings to date include the following: 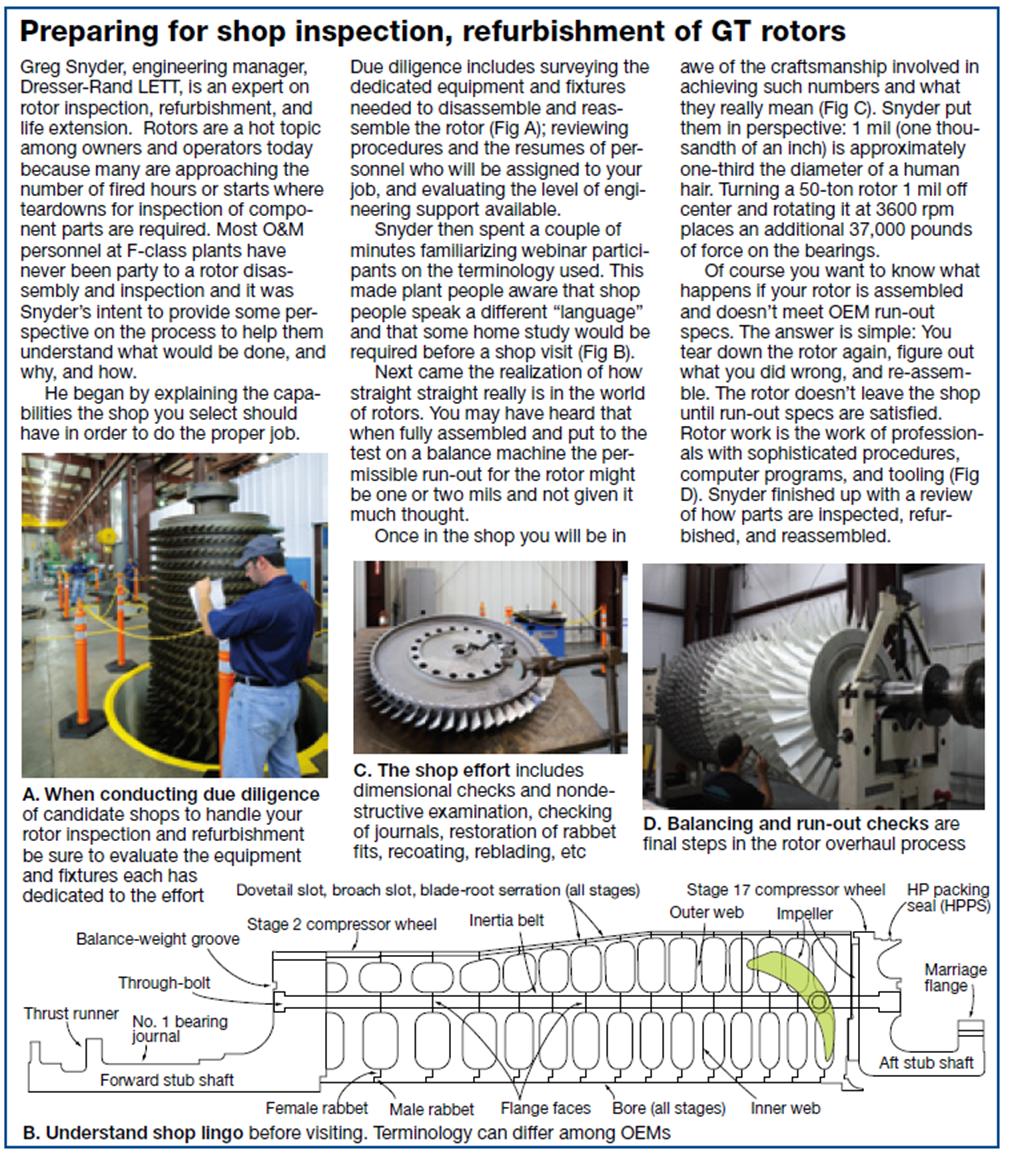