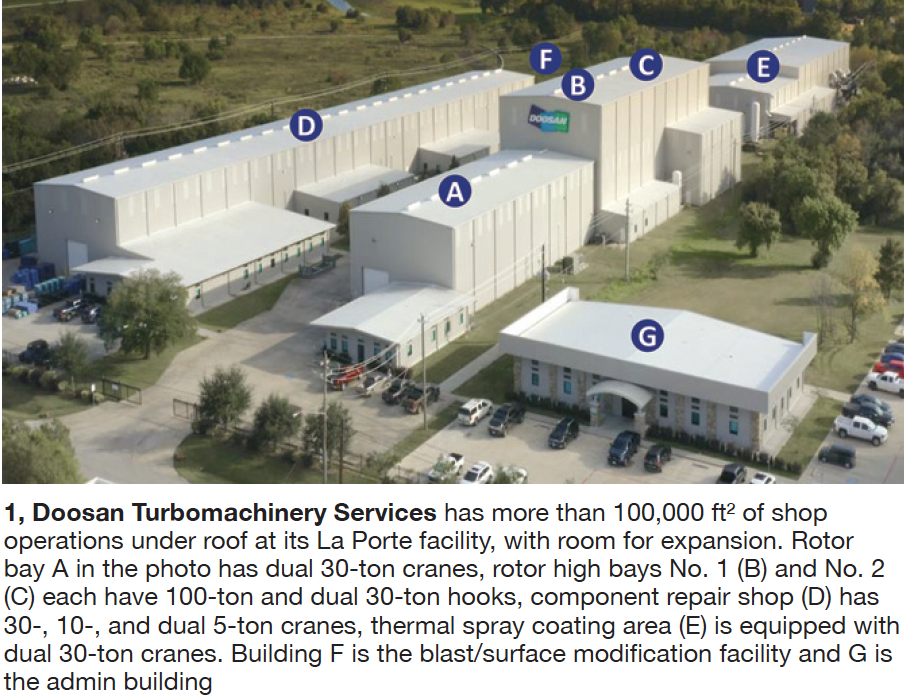 Doosan has earned respect among 501F owner/operators for its work in this fleet. To illustrate, the company’s repair/upgrade solution developed for the 501F two-piece exhaust system six years ago has been adopted by several plants.

More recently, it completed the in-kind replacement of the torque tube and air separator for a W501FC during a major maintenance interval. Reverse engineering for that project began immediately after de-stack at the La Porte shop. White-light 3D scanning and metallurgical analysis of the existing torque tube and air separator started the process. Note that neither component had failed but the owner decided to replace both given fleet history and unit age.

Doosan Heavy Industries, the parent of DTS, had a turbine forging in Korea that matched the material composition required; the forging properties were confirmed and rough machining commenced shortly after receipt of the rotor. A team of DHI engineers was dispatched to Houston to help complete the reverse engineering and characterization.

In the final stages of the project, DTS send the 16th-stage compressor disk and curvic adapter to DHI in Korea. The disk was properly matched to the torque-tube pins, the curvic adapter was mated, and components were returned to La Porte for reassembly. The project was completed on schedule. The original torque tube and air separator were refurbished and returned to the customer as emergency spares for its fleet.

Owner/operators might consider reviewing Doosan’s presentation posted on the user group’s website for the detail it provides. Example: The Class III inspection for rotor lifetime determination begins with an incoming inspection (Fig 2) that includes dimensional checks, runout measurements, balance checks, and a review of customer data and experiences (known issues, for example). 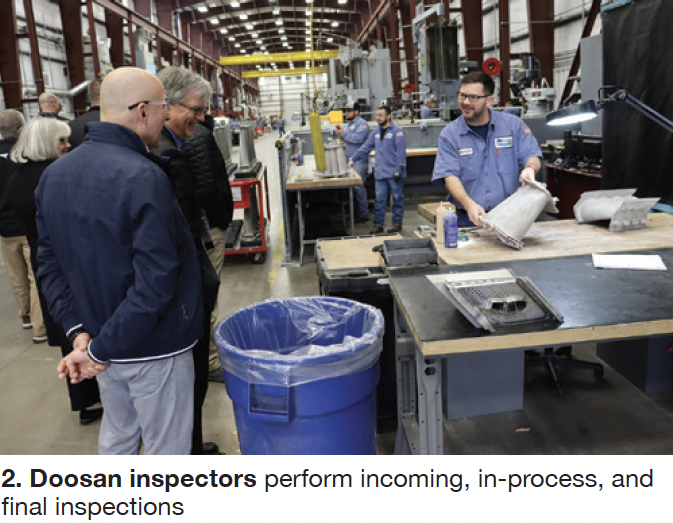 The slide on rotor unstack, the next step, highlights all the various actions involved—including the removal of the air separator and curvic adapter and unstacking of the torque tube and compressor. Unstack checks are next: dimensional checks, mag-particle inspections, fit-up checks, NDE of bolting, etc.

Phase 1 of the life-evaluation process is a thorough inspection after all airfoils and hardware are removed and the rotor is cleaned. Phased-array ultrasonic and eddy-current inspections of critical areas are conducted along with microstructural examinations. Phase 2 of the process focuses on engineering analysis (of flaws found, for example) and recommendations regarding continued service. New components installed may include torque tube, air separator, and upgraded bolting. Pictures of these parts are provided in the presentation.

The restacking procedure focuses on items users should be aware of, such as the following: 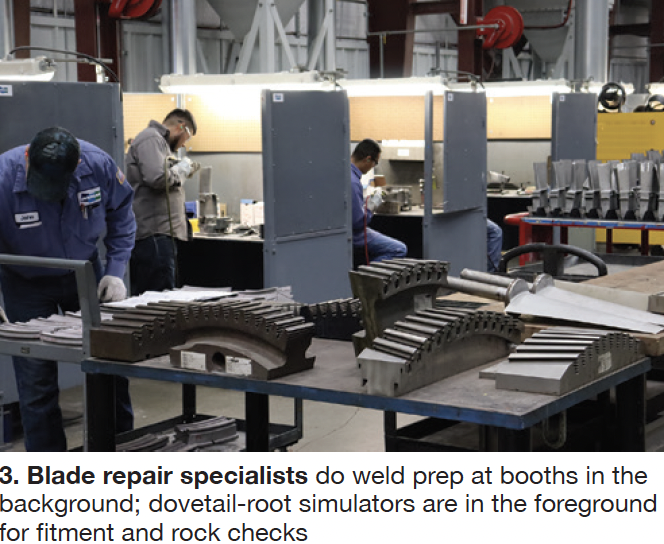 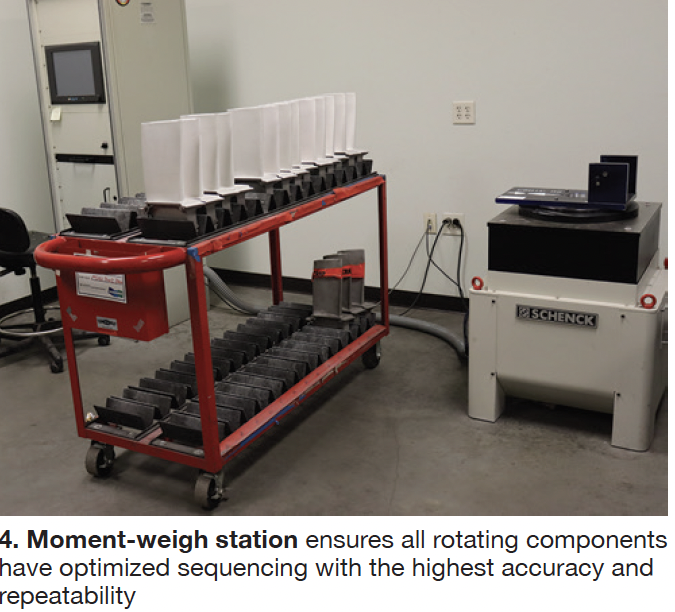 The exhaust cylinder was discussed next. This section offers a valuable review of nomenclature before reviewing typical as-found damage—such as strut-cover damage and cracking, and outer diffuser cracking and distortion. Most of the material presented thereafter focused on the company’s “zero-hour” program for inspection, baffle seal and strut shield improvements, alignment and atmospheric-vent mods, and manifold repairs (Fig 5). 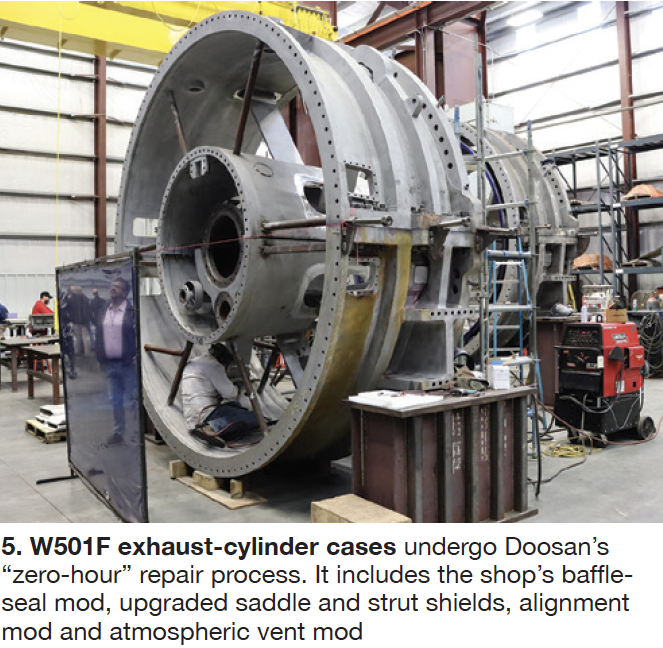 Think of the content in this portion of the program—24 detailed/heavily illustrated slides—as a checklist of things you should be aware of before digging into an exhaust system project. You’ll also learn what work can be done in the field and what requires a shop visit.

Blade-ring disassembly and inspection was the last topic on the Doosan program. It covered the special fixturing and procedures believed necessary to assure proper repairs and provided a checklist of things to be aware of during shop work—including vane cam-fit, torque pin slot, seal engagement, joint gaps, etc.