At some point in time, everyone who is anyone, from Arnold Palmer (photo) to Mahatma Gandhi, has made a quotable statement regarding cleanliness and/or hygiene. It’s never a controversial topic. Back in the 1840s, a Hungarian physician named Ignaz Semmelweis (1818-1865) demonstrated scientifically that hand-washing could drastically reduce the number of women dying after childbirth while he was director of the maternity clinic at Vienna (Austria) General Hospital. 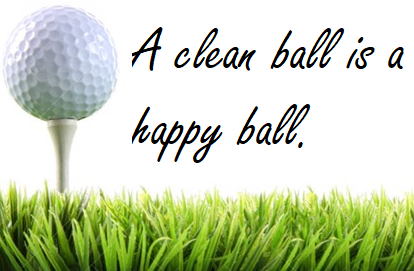 There was a scientific argument behind what your mom said: “Wash your hands!” It’s been a household staple ever since.

Today, working on LM-engine-equipped powerplants, we come into contact with all kinds of different chemicals and materials, and occasionally have no alternative but to get a little dirty. We may take the time for a quick wash-up—especially if we can feel some kind of reaction taking place on our skin—but sometimes we just press on and worry about it later.

A “well-run” powerplant will have MSDSs (Material Safety Data Sheets) available to personnel on all of the appropriate materials, but the truth is that they are rarely read before we work with a material—likely never read at all—unless something “bad” happens. Most often, they sit neatly captured in a clearly labeled binder that is in an easily accessible location. Sometimes, the binder is in a dedicated holder, attached to a wall with bright signage indicating exactly what it is. And, nine times out of 10, there will be a heavy layer of dust on the top, unless it’s been out for updating.

And yet, with mother’s words (and our safety manager’s) ringing in our ears and all of the needed information at hand, we press on. We succumb to the pressure of time. We just don’t have time to go back to the break room (or wherever) and clean up. The job has to be finished, readings taken, boiler blown down, RO back-flushed, etc. There’s always something more important than washing your hands.

When I was in the US Navy, working for the first time with LM (and Allison) gas turbines on a Spruance-class destroyer, I got one of those “life lessons” that one does not forget quickly. I had been aboard ship for about three and a half years when I came down a ladder in the engine room and there at the bottom was one of my shipmates. . .on the deck plates. . .experiencing some kind of seizure.

I called for help and, while it was en route, I tried to keep him from hurting himself as he jerked spasmodically. I didn’t know what was happening or what else to do. He had never (to my knowledge) had this happen before. Finally, the corpsmen showed up and, since we were in our home port, he was taken to the base hospital.

It turned out that he had “synthetic oil poisoning.” There are several chemicals contained in the oil that can cause harm. Some of them are trans-dermal (they can go through your skin) and the body doesn’t metabolize them, so, they build up in your system over time. My shipmate’s hygiene practices were particularly poor when it came to working with the oil (he didn’t wash after contact, he didn’t immediately change clothes when they became soaked, etc). Because of that, and his system’s specific sensitivity to the chemicals, he had a nervous system reaction that resulted in the seizure. Since the build-up in his system couldn’t be removed, he lost his MOS (Military Occupational Specialty) code and could no longer be in the machinery spaces of the ship.

Although the MSDS would lead you to believe that synthetic oil (as well as many other chemical compounds) is relatively safe, there are hygiene warnings/recommendations sprinkled throughout the text. It’s also important to know that everyone is different. Some folks can eat jalapeno peppers and some can’t. Some can tolerate more of a certain chemical and some can’t tolerate hardly any of it at all.

As plant managers and supervisors, it’s critical for us to always have our teams’ best interests at heart. We have to make time for personnel to take care of themselves—wash up, change clothes, and whatever else is needed to keep them healthy. It’s always best to err on the side of conservativism. It won’t hurt to be overly cautious, but it may hurt to be in a hurry.

We all have safety meetings, and we all are always on the hunt for new—and applicable— topics to discuss. Reading an MSDS or two at each safety meeting is not a bad thing to incorporate. You won’t get through the whole binder anytime soon, but you may spark enough interest to get folks looking at it proactively a little more often.

Take a tour through your bathrooms, break rooms, whatever facilities you have for personal hygiene. Take stock of what’s available for everyone to use. Make sure it’s up to your standards—what you would want to use if you had to clean up after a shift or a spill or working on the gas turbine. If you don’t see something you’d like, chances are it’s not going to be that expensive or difficult to correct the deficiency. Do it, and let everyone know you’ve done it. Not only may they use it, but they will appreciate your efforts in looking out for their health and safety.

Be aware and observant. If you see one of your folks coming in from a job or in the process of doing one and they have signs of some exposure that concerns you, say something. Let them know you’re concerned and that you’d like them to get cleaned up as soon as practical. Yes, it’s inconvenient, and yes, it might hold things up a bit, but again it sends the message that you’re serious about their safety.