CONTROLS UPGRADES: Age is only a number – Combined Cycle Journal
Skip to content

Restoring power was a chore. As some involved in the process recall, the key to getting the New York metropolitan area up and running was a black-start Frame 5 on Long Island.

Bootstrapping a grid start was the day’s challenge. The success of gas turbines in this endeavor made these machines the backstop of choice for grid support going forward. 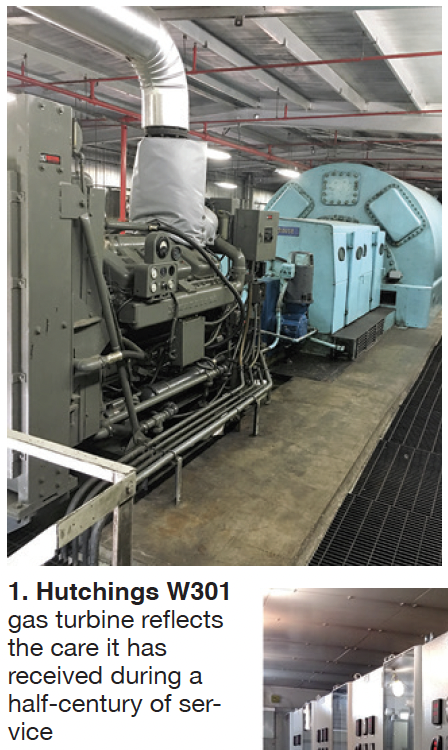 The original control systems for the legacy peakers, tough to troubleshoot, were replaced with TTS’s TMS-1000S turbine management system, built on Allen Bradley’s widely used ControlLogix® distributed-control platform (Fig 2). Not having to rely on the OEM for service cuts both outage time and cost when repairs, logic changes, etc, are needed. 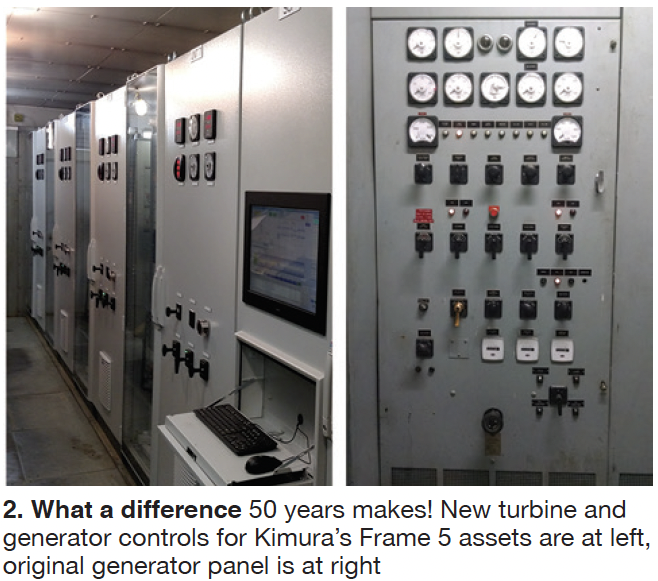 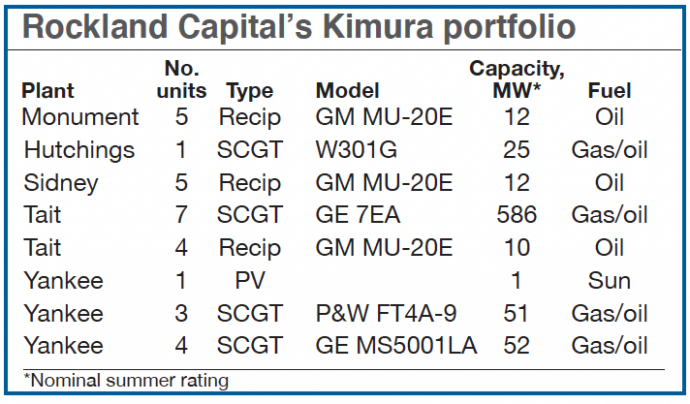 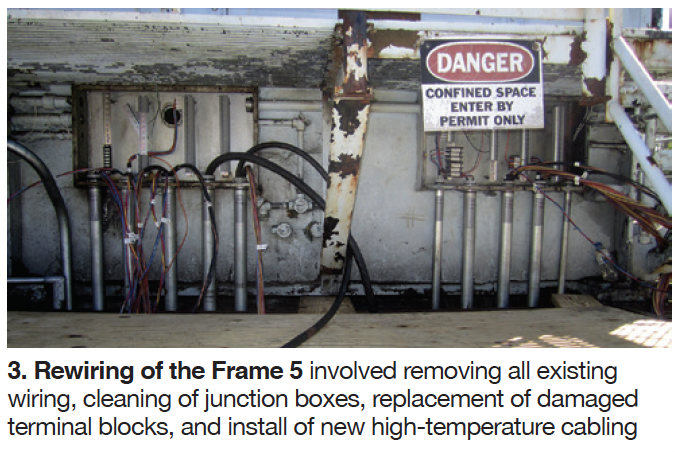 The modern HMI with the proper mix of useful/usable/readable graphics, alarm messaging, and real-time and historical trending provides operators the tools to properly manage the machine, monitor the unit and react as necessary to changing conditions, respond appropriately to alarms, and provide actionable information to others. An example of the last: Give maintenance teams the tools needed to identify and resolve problems quickly, minimizing downtime. 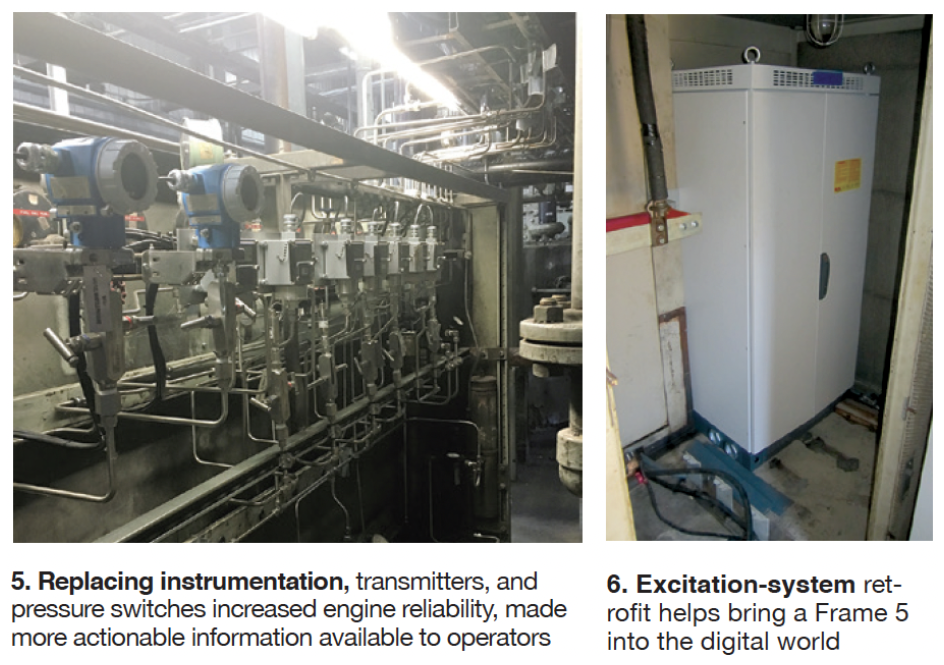 While reliable, they do not provide the historical information so valuable in troubleshooting. Modern digital protection relays provide the needed protection as well as actionable information. The excitation and protection systems are connected to the turbine control system, allowing key information to be displayed, trended, and logged by the HMI.

When all upgrades were completed—on time and within budget—the units were tested to base and peak loads on both fuels, and to maximum and minimum VArs. Plus, fuel transfers were executed successfully on load. Note that the controls for the Yankee and Hutchings peakers are local (at the individual units) with all remote-start capable and AGC (automatic generation control) operable. Control central is at the Tait facility, which has seven 7EAs and is manned 24× 7.

As to the all-important question, “How have the upgrades and the units performed over time,” Lammrish and Meade shared their experience thusly: Excellent! As of this writing, no outage or reliability issues have been attributed the TTS control system. In fact, Kimura will be ordering control-system spares for the first time in 2021—nearly five years after commissioning. There is no retirement plan for these units.

In closing, Lammrish and Meade shared their thoughts on TTS: A highly reliable, very capable partner always willing to go the extra mile to do the job correctly. A case in point was recreating controls drawings for the units, which involved an unexpected engineering effort. CCJ