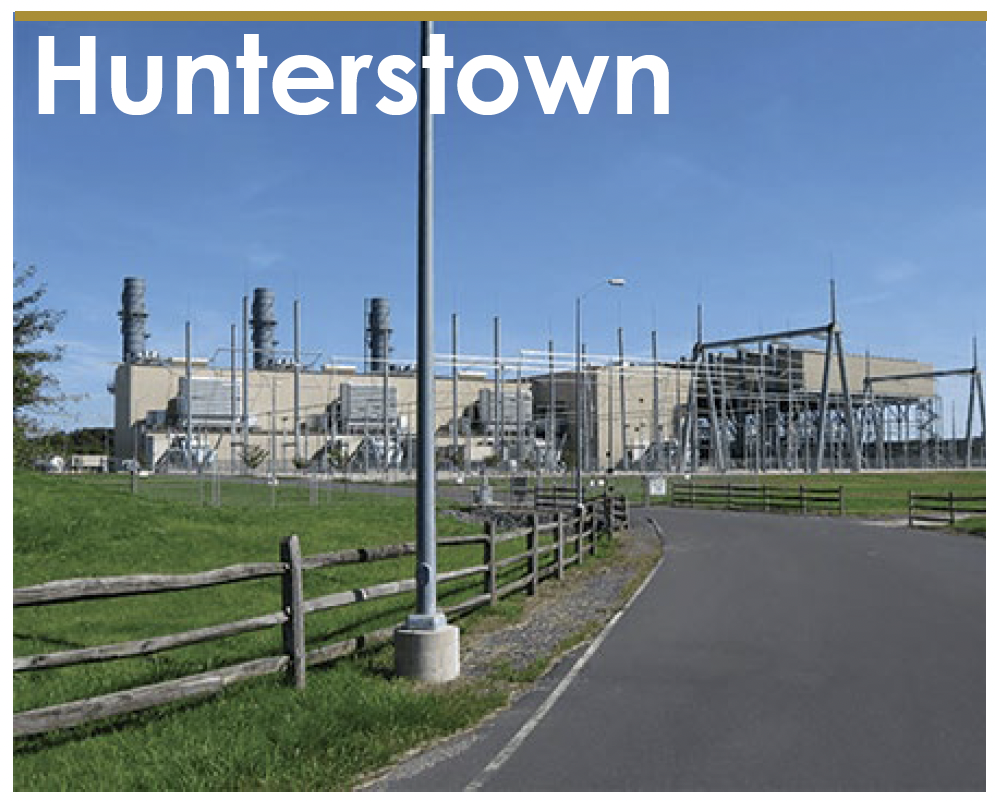 Challenge. Identify leaking valves and schedule repairs to improve heat rate and reduce steam and water losses in the cycle.

Solution. A vendor was contracted to perform valve leak surveys beginning in late 2016; observations over time indicated losses from leaking valves. From 2017 to 2019, many valves were tested and numerous large-to-medium leaks were documented. Valve repairs and replacements were planned I advance and implemented during several outage cycles. Cost savings have been documented through a reduction in demin water production each year. Secondary surveys were performed to verify repairs and cost savings. Heat-rate improvements were achieved but not calculated for this report.

Results. Cost of demin water production dropped by $100,000 over two years while capacity factor increased by 8.3% during the same period.

Challenge. In 2016 and 2017, Hunterstown experienced eight unplanned outages to repair drain-line leaks caused by steam erosion. These outages represented 18 days of unavailability in the two-year period. The challenge was to eliminate forced outages related to steam leaks from drain-line fittings and to reduce the cost of necessary repairs.

The leaks occurred most often during startup and shutdown operations and presented potential hazardous situations to personnel because of their locations. Repairs were unplanned which greatly increased cost. Scaffolding often was required to access the leaking drain line for insulation removal and weld repair.

Solution. Here’s the plan developed to achieve the desired result:

Reviewed scaffolding estimates of up to about $100,000 to support the NDT effort. However, the selected vendor offered an alternative access plan that eliminated the need to install scaffolding, thereby reducing overall cost of accessing the drain valves by about $40,000.

Performed digital radiography on small-bore drain elbows without removing insulation or lagging by using larger receptor panels to capture the entire elbow and part of the downstream piping in single-exposure shots (Figs 1-4). 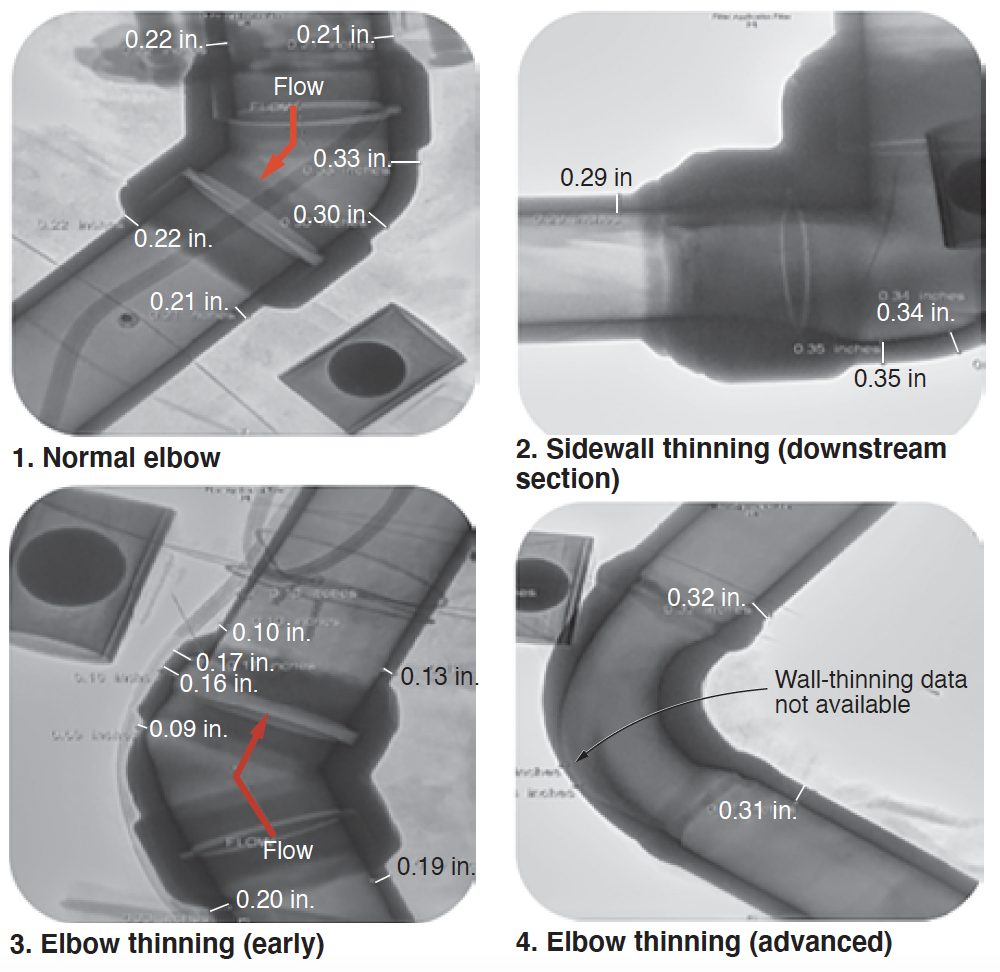 Results:
All areas were inspected and repair work was planned for the 2019 spring and fall outages. This eliminated all unplanned outages attributed to HP and IP steam-drain-line fitting failures.

Rope access eliminated the need for scaffolding to access the various drain lines in the pipe racks, saving about $60,000.

Radiography eliminated the need to remove insulation required by other types of NDT.
Weld repairs were scheduled well in advance of planned outages and before failures occurred, reducing cost.
Cost to date for this project at the time the best practice was prepared was about $85,000 (total over several years). There was no spending for scaffolding and insulation removal, which often are associated with such projects.
Eliminated the safety risks of steam leaks near personnel access areas during startups when drains are open.

Challenge. Maximize operation of gas-turbine evaporative coolers (Evaps) while permissives for automated operation were established. As the plant was designed, operation of the Evaps required the CRO to recognize the need for more power and manually start/stop the coolers from the HMI.

Solution. Implement control logic to automate starting and stopping of the Evaps based on the following inputs:

Plus, time-consuming operator manipulation of the bottles was needed to complete each purge. Staff had to transition between units and the CO2 storage facility and to secure spent bottles and line up new ones. Such maneuvering was critical during emergency generator purge situations because of the time required to begin flowing CO2 to a generator. On more than one occasion, nearly 30 minutes elapsed between the time a purge was started and gas began to flow.

Solution was simple: Install a bulk storage system. Key components are the following:
Storage tank with a capacity of 1550 gal (Fig 5). 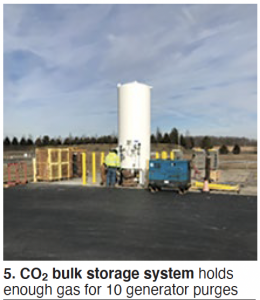 Results. Cost of the bulk storage system, installed in February 2020, was less than $350,000—including equipment, engineering, installation, and commissioning. Bulk storage eliminates bottle demurrage charges of about $11,000 annually and simplifies operator actions to start CO2 flow, saving several minutes over the bottle alternative.

Expectation is that the four units on site can be purged twice before a refill is needed, while retaining sufficient gas for two more unit purges (total of 10).