There were reasons why David Farr, chairman/CEO of Emerson Corp, parent to Emerson’s Power & Water Solutions (PWS) business, delivered the opening address at the annual Ovation Users Group Conference, held in Pittsburgh, July 29 – Aug 2. At least one could speculate, reading between the lines, that it had something to do with financial issues of peer group industrial conglomerates making headlines.
First, he offered five bullet points on what it takes to sustain leadership:

While these were geared towards personal leadership, the implications for corporate leadership are obvious.

Farr also talked about winning and commitment, specifically how PWS President Robert Yeager set out a plan 20 years ago to be Number One in this business and how Emerson corporate unwaveringly committed to the power and water sectors after its acquisition of Westinghouse Process Control in 1997. “Bob knows how to win,” Farr said. And from the humorous bantering that went on between Bob and David, it was clear that losing isn’t well-tolerated in the Emerson C-suite.

Without speaking to it directly, Farr reminded the audience of hundreds of Ovation™ users, and prospects and partners, that Emerson is [IT] not [RM] having the same commitment issues as several other behemoth OEMs of the power industry. “The industry is under a lot of stress,” he noted. He went on to describe inexpensive electricity as a competitive weapon and that the industry has to be totally predictable. It wasn’t hard to think up a few big names which haven’t exactly behaved “predictably” in recent years.

Yeager took the stage after Farr and used his time, as he often does, to assume bragging rights for the successes of the last 12 months. This year, however, there were some very notable distinctions.

“We’ve introduced more new products in the last three years than in the history of PWS,” he said (Fig 1). The Ovation version of the “digital twin” now includes over 200 algorithms to simulate systems using real-time data and for monitoring performance and health of equipment. Making the automation platform smarter is one way to address what Yeager identified as the Number One issue facing industry executives (according to a popular annual survey): the aging workforce.

He claimed Ovation being Number One globally. Some of the evidence:

Perhaps the most interesting announcement, given the times we live in, is that Ovation has been designated as “qualified anti-terrorism technology” by US federal government authorities, which provides significant legal protection to Ovation users whose systems were deployed beginning Jan 1, 2009.

As if to reinforce Farr’s emphasis on commitment, Yeager observed that the competitive advantage afforded by technology is short-lived and “customer service is where the edge is found.”

Building out the platform

For the hard-core Ovation geek, Steve Schilling, VP technology/R&D, rattled off some of the advancements and improvements in the platform—such as “harmonized Ethernet Link Controller protocols,” “microsecond loops with integrated I/O,” “updated hardware platform,” and many others.

The broader messages for the non-geeks included these: 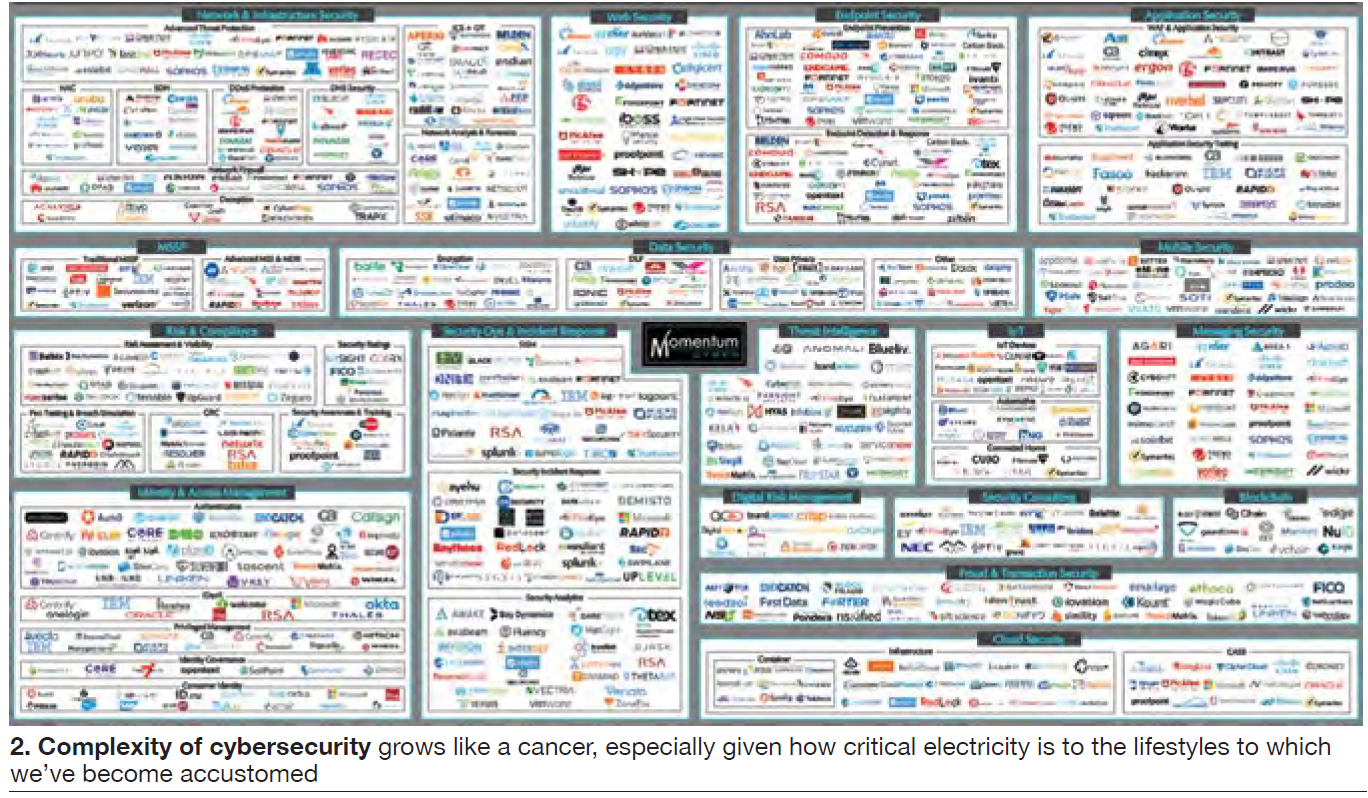 Of course, with digital transformation comes digital vulnerabilities. Cybersecurity continues to suck up more and more of the oxygen in the room. In fact, Schilling likened the cybersecurity dimensions of patch testing, the matrix of supported products, chain-of-custody compliance, device control, asset inventory control reports, and domain “trust relationships” between Ovation and customer corporate IT managers to string theory in physics. “It has 28 dimensions,” he joked.

Jaime Foose, who heads PWS’s cybersecurity and customer services group, noted that the organization now has close to 40 professionals devoted to 24/7 telephone support for customers in North America and Latin America. Delivering on a promise from the 2017 Users Group, Foose announced the availability of the “Preventive Maintenance Guide,” with example checklists for system lifecycle support, segmented by workstations, controllers, network, I/O, the Power and Water Cybersecurity Suite, and others.

Foose added some gravity to Schilling’s 28 cybersecurity dimensions. A slide with dozens of cybersecurity firm “brands” for various protective functions (Fig 2) comes across like a work of modern art—each individual brand disappears into a chaotic blur. The underlying message? Leave it to Emerson’s cyber experts who understand both IT security and power generation, unlike pure IT firms. Plant managers may want to benchmark their cybersecurity activities to the broad levels and actions shown in Fig 3. 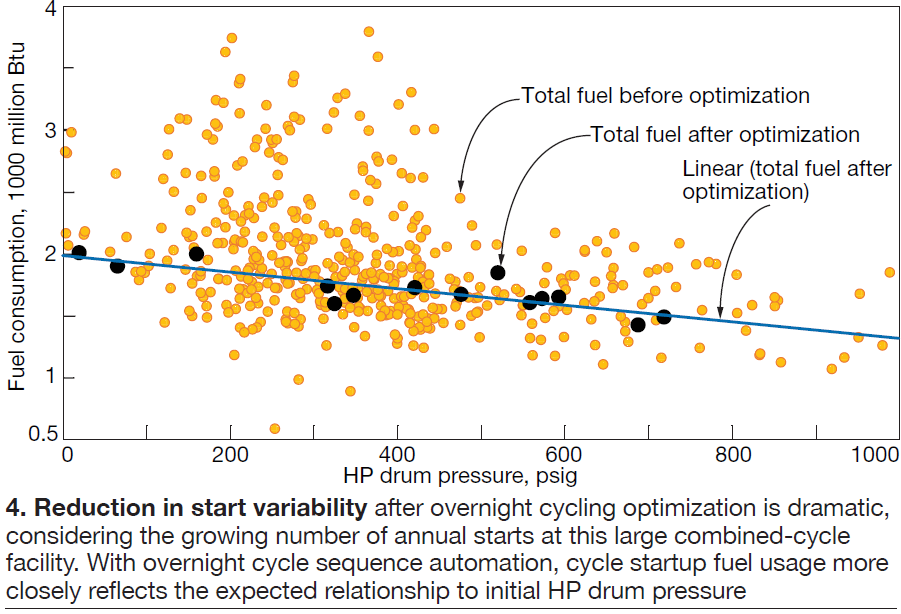 As in past years, the industry breakout sessions included user presentations illustrating the benefits of different aspects of the Ovation automation platform.

A 3750-MW combined-cycle facility, with three 3 × 1 units installed between 2009 and 2011, needed faster start times and implemented Ovation’s advanced startup automation features. The plant already had experienced close to 650 total GT/HRSG starts in 2018 by the time of the meeting, and the number is projected to surpass 1000 annually going forward. Automating overnight cycling of all nine GT/HRSG trains, with onsite modifications incurring no outage time, is saving close to $1-million in fuel costs alone.

Now there’s “one button for a pre-start, and one button for a GT start,” according to the owner representatives making the presentation, and “we’ve gone from hundreds of clicks per start to 11 clicks!” They reported that operator acceptance was the most difficult challenge, but now operators use it every day.

The plant has reduced hot-cycle startup fuel consumption by 18%. In addition, each start is “more consistent” and involves much less overall financial risk (Fig 4). Even with six-sigma training for plant personnel to improve cycling performance, too much variability was exhibited across the different plant operations teams. 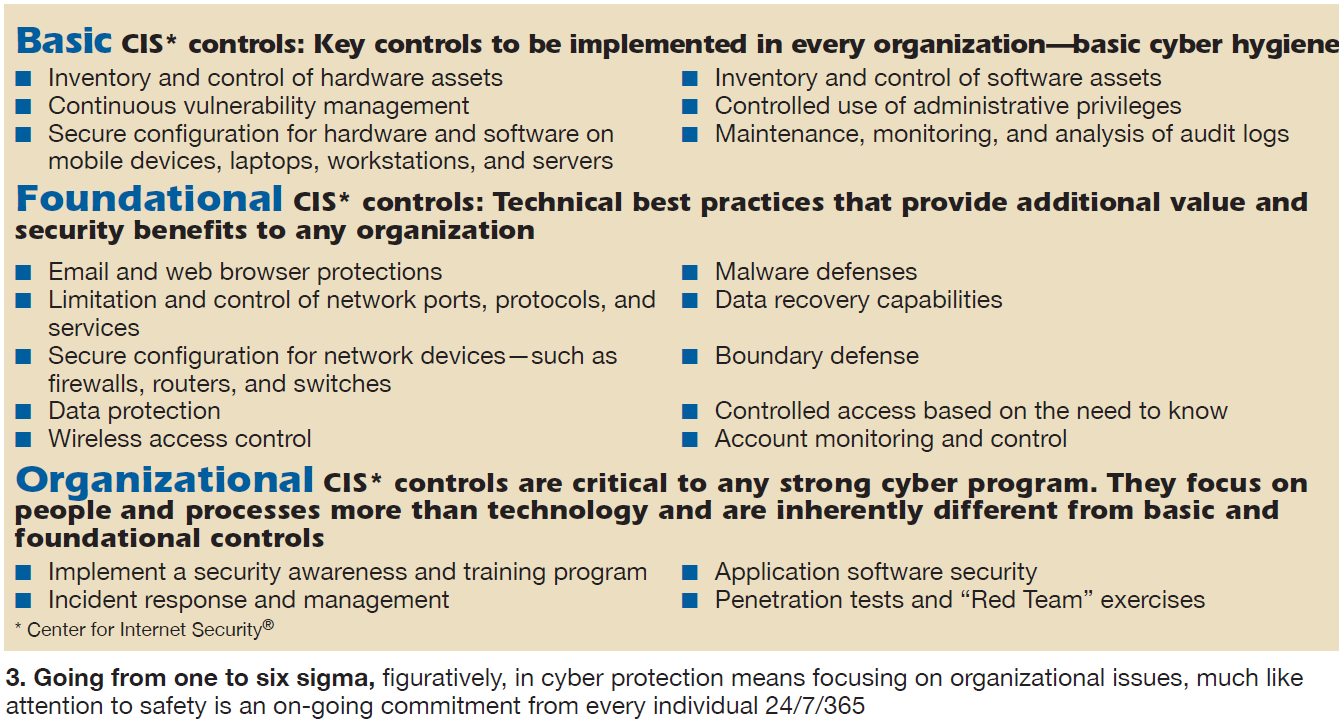 Other benefits from the upgraded controls include $300,000 per combined-cycle unit from model-predictive control of superheater and reheater temperatures, $600,000 across the units from model-predictive NOx control and reduced ammonia consumption, 47-MW/min load ramping through model-predictive unit load control, tighter control over the automatic duct-burner system, and efficient comparisons of operator start signatures.

The new techniques were installed, tested, and proven out on one train, then replicated across the other trains. The project took 30 months from conception to completion, noted the owner reps, but an Emerson manager clarified that a “standard scope would be six to nine months” for a project of this type today.

Another utility with an ageing 685-MW steam unitupgraded its station excitation controls with Ovation-based capability. “You don’t think much about excitation systems until they don’t work,” the presenter said. Indeed, one of the project drivers was four unit trips attributed to excitation in one year. The other driver was obsolescence—replacement parts for the original Brown Boveri generator excitation controls were unavailable.

“Emerson not only had a reasonable delivery schedule (less than 12 months), it was the most ‘open’ of the systems on the market,” said the presenter. He also noted that Emerson was good about working through issues such as lack of adequate cooling capacity in some of the cabinets, an overheated transformer phase which had to be replaced, and failure of the excitation transformer. During the last event, oscillography built into the Ovation system protected the generator.

A utility with a 1230-MW plant acquired from investors and equipped with four 1 × 1 combined cycles had as its objective “consolidating to as few control systems as possible,” leaving, however, the GT controls to the OEM because of the long-term services agreement (LTSA). The following were part of the project:

Overall, troubleshooting hours have been reduced, 25-35 minutes have been shaved off of a cold start, and the spares inventory has been lowered. Two “lessons learned” offered to the audience were being more realistic about the project duration and the need for training (no prior Ovation experience at this site), and having a third-party review for the Alstom steam-turbine logic conversion.

A Midwest utilityaccomplished an Ovation retrofit for a 938-MW Toshiba steam turbine/generator. What makes this project notable is that the unit is only eight years old. The main project driver was that OEM support was “non-existent.” The plant was also able to take advantage of a planned long outage involving boiler retuning, and a ST/G major outage.

Scope included complete logic conversion from the OEM-supplied controls to Ovation, supervisory I&C, overspeed protection, main turbine and boiler-feed-pump turbine drives, fully automated turbine startup, rotor stress calculator, and other “integrated enhancements.” A similar retrofit project was conducted for a large utility in the Southeast. The presenter noted that they still “have a few issues to work out.”

A peaking gas-turbine facilitywith four simple-cycle units in Wisconsin added diesel engine/generators, black-start capability, and replaced an “obsolete vibration monitoring system.” The Bently Nevada racks were replaced, but the existing GE/Bently sensors were re-used. A new set of controllers for each unit was added, along with the Emerson PeakVue product integrated into the Ovation system. According to the presenter, there are “no longer any data links to maintain.” CCJ