Challenge. Pasco Cogen began commercial operation in July 1993 as a base-load cogeneration facility equipped with a zero-liquid-discharge system. The site incorporates two GE LM6000s, two Zurn HRSGs, and a 30-MW GE steamer. During its 20+ years of service, the facility has gone from base-load duty to cycling off peak to demand dispatch.

Pasco has always been proud of its excellent availability record, but starting in 2012 during the dispatch era, the main condenser began experiencing a large number of tube leaks which caused unplanned outages to plug the leaking tubes. Staff faced its biggest challenge: How do we continue to operate the plant with condenser tube leaks?

Solution. Pasco had installed water distillation units during its last years of operating as a cogeneration facility. The distillation units were sold off at the end of the first PPA, but some of the infrastructure still remained, which led to the following modifications as described in the diagram: 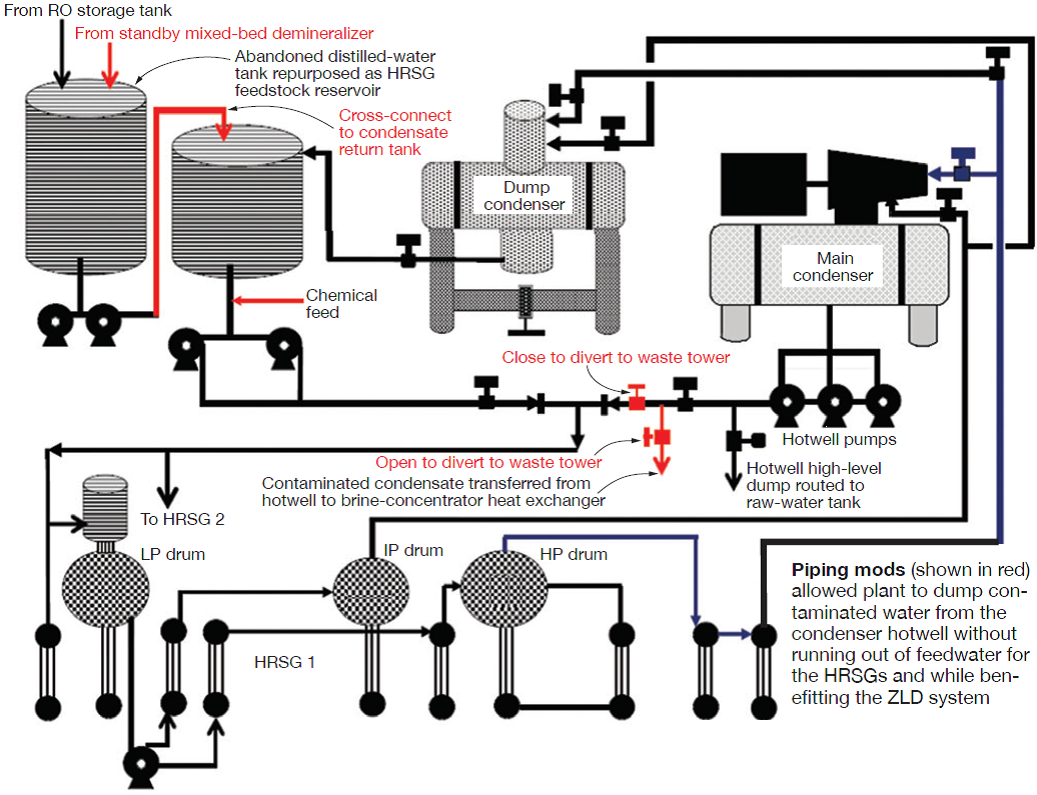 Results. We now had the ability to dump the contaminated hotwell with benefits to the ZLD system without running out of feedstock for the HRSGs. The facility was able to remain fully available during main-condenser tube leaks.

The existing distilled-water infrastructure enabled us complete this project at a very low cost, allowing plant personnel ample time to order new tubes and plan an outage in an economical fashion.