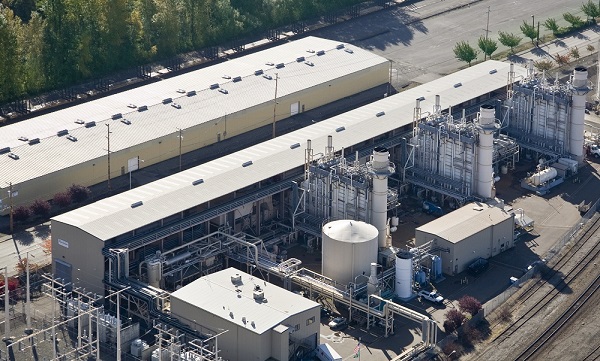 The challenge at Puget Sound Energy Inc’s Encogen Generating Station was typical of what others in the industry are asking today: How do you take a base-load combined cycle powered by legacy frame engines and make it economically and operationally relevant in today’s energy market? In this case, the plant was a 3 x 1 combined-cycle cogeneration facility with Frame 6 gas turbines that went commercial in July 1993.

It supplied up to 130,000 lb/hr of steam and 3600 gpm of hot water to a paper mill across the fence and sold “surplus” electricity (up to 137 MW) to the local utility under a power purchase agreement (PPA) mandated by Purpa (Public Utility Regulatory Policies Act). The host utility purchased the plant in 1997.

During the PPA period, annual plant capacity factor was 95% and above. Plant design and operating procedures dictated a minimum unit run time of 24 hours after a start. The mill closed in July 2008 and the export of thermal energy ceased. Since then, the plant has been dispatched based on natural-gas and electric-power prices. Traditionally, the utility has had a winter-peaking profile, although economic dispatch opportunities are relatively common in July, August, and September.

Plant personnel identified the following as today’s needs: (1) Provide the flexibility to operate only during periods of peak load, and (2) maximize wind-generation balancing capacity. Among the goals were the following:

1. Reduced the number of chemical day tanks for the boilers from nine to three.

2. Developed a system to recirculate hotwell and batch-treated water to drums to keep them at the proper levels and eliminate pre-start filling.

1. Attended an industry workshop to learn how to lay-up, cycle, and improve HRSG chemistry.

2. Engaged a consultant to audit startups and recommend procedures on how to minimize cycling impacts on HRSGs.

5. Developed plant procedures to encourage cross-craft qualification and promoted journey-level inside and outside operators to permit plant startup with only two people.

Results met expectations: The three goals stated in the opening remarks were achieved. Operating data over the last five years revealed the following: 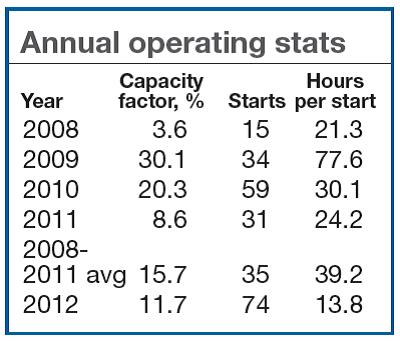 One benchmark illustrating the impact of cycling on equipment: For the years 2008-2011, the plant repaired from one to three tube leaks annually; in 2012, seven tube leaks were repaired. Header modifications and changes to operational procedures are ongoing to mitigate the effects of cycling. Despite the uptick in tube leaks, O&M expenses for years 2008 through 2011 and 2012 were about the same.

Remaining objectives include (1) familiarizing trade-floor and generation-desk staff on what the term “flexibility” means regarding combined-cycle operation, and (2) evaluating the steam-turbine warm-up schedule from cold-iron and warm-start conditions. 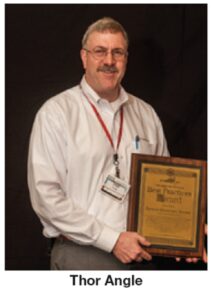