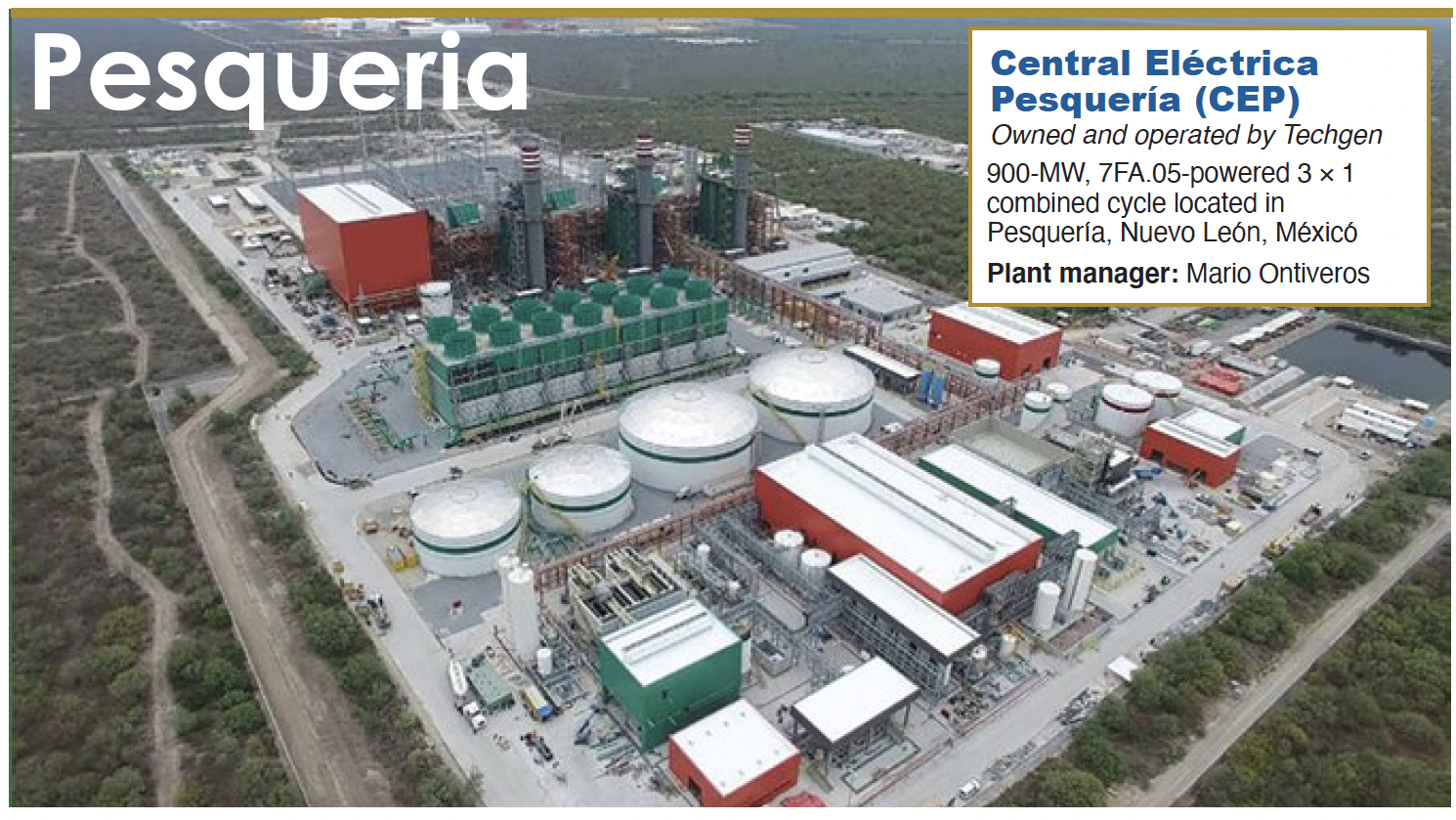 The benefits of lean-outage planning, execution

Challenge. Following the plant’s first hot-gas-path (HGP) outage in 2018 (COD December 2016), personnel met to discuss the pain points identified during the work just completed. These were considered opportunities for improvement in the facility’s outage planning and execution process. The challenge was to reduce the time of scheduled outages and to optimize resources by ensuring the integrity of people and equipment.

The following were the pain points identified:

Solution. Goal was to control the pain points to reduce the time of scheduled outages and optimize resources, thus ensuring the integrity of people and equipment. The methodology selected was “Lean,” which focuses on quality assurance, time reduction, resource optimization, and effective communication. The implementation of this methodology was led by the engineering department with support from the O&M department and an external consultant. The rigor applied to outage planning and execution is evident from the details on view in Fig 1. 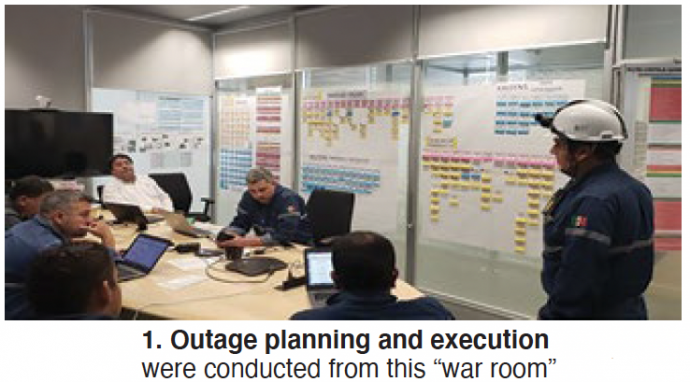 A visual scaffolding installation plan was implemented and strategic scaffolds were assembled prior to turbine disassembly.

An installation plan was implemented for electrical panels, etc. Previously, the equipment was installed and tested.

Scaffolding was designed and installed to allow work in tandem in the disassembly of turbine elements and combustion chambers.

A lifting plan was implemented to disassemble the entire roof, previously disassembled in sections. Plus, pre-location of mechanical lifting elements for easy availability.

A plan for disassembly and reinstallation of turbine instrumentation and wiring was implemented.

The schedule developed had no tolerance for the release of work permits in a critical route. A paramedic was added to the outage crew. Safety talks for personnel and contractors were held daily.

Execution staff was reorganized to assign a higher percentage of personnel to the activities on the outage critical path. The most experienced personnel were assigned to coordinate and supervise critical-path activities.

Perhaps most important was that there were no disabling accidents during the HGP outages. Plus, the execution time of the second and third HGPs was reduced by 15% compared to the first outage, which lasted 19 days. Quality standards were maintained and there were no problems during and after the outages. Finally, GE recognized the outage team as the best in Latin America based on the results of the second and third HGPs.

Challenge. Develop a methodology to cool the steam turbine in the shortest time possible to conduct minor maintenance while adhering to the manufacturer’s cooling curves and delivering the output required to satisfy contractual obligations. Plant had determined previously that this could be accomplished by operating one of the three gas turbines baseload at 210 MW and the other two in temperature matching for nine to 12 hours.

Solution. Plant staff sought an alternative method that allowed the steam turbine to cool down without using temperature matching, without dropping below the 400-MW minimum contractual load, and without affecting the outage critical path.

Working together, plant and OEM personnel determined that dry-air cooling was the optimal method. It maintained turbine integrity, did not adversely impact the cyclic life of the rotor and housings, and did not affect the housings or the critical path of the outage.

The method consists of injecting a regulated amount of air gradually into the HP and IP stages of the turbine while assuring that the temperature differentials between the stages were not so great as to stress the rotor.

Pesqueria’s operations department coordinated preparations with GE. Together they implemented the mechanical arrangements for the air supply (Fig 2) and conducted real-time monitoring of the temperature differential between the HP and IP zones (Fig 3). Goal was to cool the unit to the point where the turning gear could be shut down.

Results. The plan developed was successful, allowing cooling of the steam turbine while generating more than 400 MW during the outage without incident. About 30 hours of turbine operation were gained using this procedure in place of the previous (standard) method.

Plus, the entire O&M Team

Challenge. Since commissioning, Pesqueria’s sulfuric-acid dosing system for water treatment (sidebar) had leaked frequently—typically three or four leaks per month totaling up to about 5 liters of acid—jeopardizing the integrity of personnel and equipment. The challenge was to address the root causes of the problem and correct them.

Solution. A project team was formed from Techgen O&M and contractor personnel and led by the water treatment plant (WTP) operations manager. The existing problem was analyzed and an action plan developed with these proposed changes and improvements:

Results. All the improvements noted above, and a few others, were implemented successfully. No acid leakage event had been identified at the time this best practice was developed 1500 hours later.

Water treatment plant
Pesqueria’s water treatment plant (WTP) treats Monterrey waste water for use in the facility’s cooling tower, evaporative coolers, and other systems. The WTP has a sulfuric-acid dosing system for the control of clearwell pH and for use in the wash-water, zero-liquid-discharge, clean-in-place, and ultrafiltration systems. Plus, it is used in WAC (weak acid cation) regeneration.

The sulfuric-acid dosing system provides about 170 tons of acid monthly. It has a nominal 5500-gal storage tank, and a distribution and pumping system that includes 11 diaphragm-type positive-displacement acid pumps.