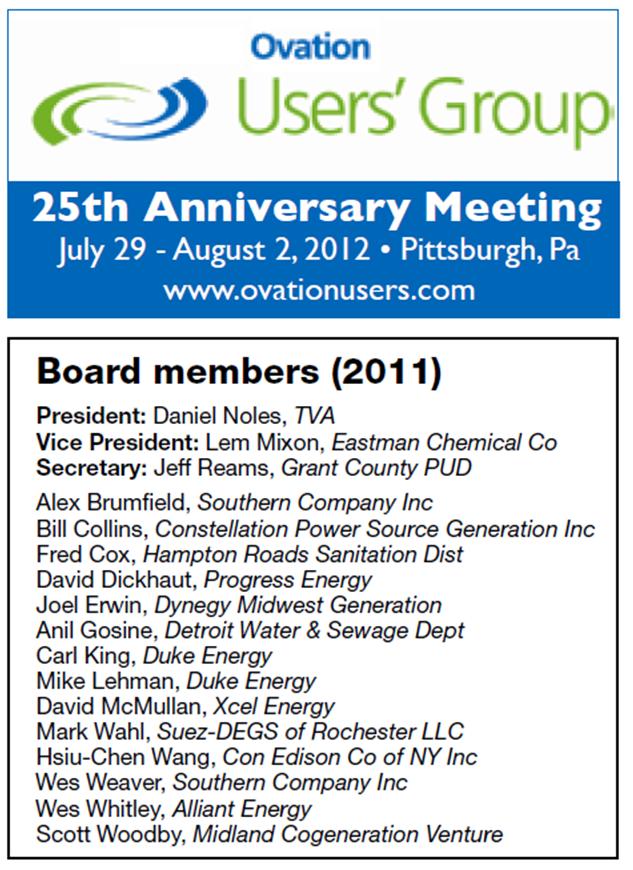 No sector of the electric power industry seems to change as fast as automation, control, and digital technologies. Part of that change is intrinsic as suppliers adapt their systems to reflect the dizzying advances in computing and processing power, and executives controlling the purse strings seek perpetual cost reductions. But part of that change is extrinsic too, as programmers battle the forces of evil in cyber security and oversight of regulators for reliability.

All of these forces were amply illustrated at the Ovation Users’ Group meeting sponsored by Emerson Process Management Power & Water Solutions, last July, in Pittsburgh (sidebar).

It might come as a surprise to some to some in the industry how dominant Ovation® is, having “proved its performance” at the majority of North American generating facilities powered by gas turbines. Over the last three years, in particular, Emerson has had major success in the retrofit of control systems for GTs.

Contributing to Emerson’s success is its alliance with Mitsubishi Power Systems Americas Inc, Orlando, Fla, to provide complete automation solutions for all gas-turbine models developed by Mitsubishi during the period of its alliance with Westinghouse Electric Corp in the 1980s and 1990s—prior to the latter company’s acquisition by Siemens AG of Germany.

Under this agreement, five engines already have been upgraded and improved with such features as the following:

It doesn’t take long for a controls retrofit to pay for itself when you get 8 MW of additional output and reduce annual maintenance costs by $30K. That’s what personnel from a Gulf Coast cogeneration plant reported at the conference. Engineers there expanded the original Ovation infrastructure by replacing the ABB Advant steam turbine controls and adding them into the Ovation scope. Some of the salient features of the retrofit include:

Plant personnel also reported that tighter control and monitoring has reduced the risk of equipment damage.

Emerson acquired Computational Systems Inc (CSI) and the Westinghouse Process Control Div almost 15 years ago. You might not think it would have taken several years for the company to offer “easy integration” of the CSI 6500 machinery health protection system with Ovation (Figs 1, 2). However, most readers recognize that the organization changes much slower than the name on the door after an acquisition.

Today, you can do what’s necessary in 10 minutes, reportedly, with three steps—scan the CSI hardware (HW), select parameters and alarms, and import to Ovation. The graphical user interface is a cinch because all macros are pre-defined and available from the library.

The new procedure, which supports Modbus and Modbus-r Ethernet, is compatible with all Windows versions back to v.2.4, and will shave three weeks off of the commissioning schedule, according to Emerson engineers.

The only cautionary note is that you must have an available I/O device on the controller to define as the Modbus master. 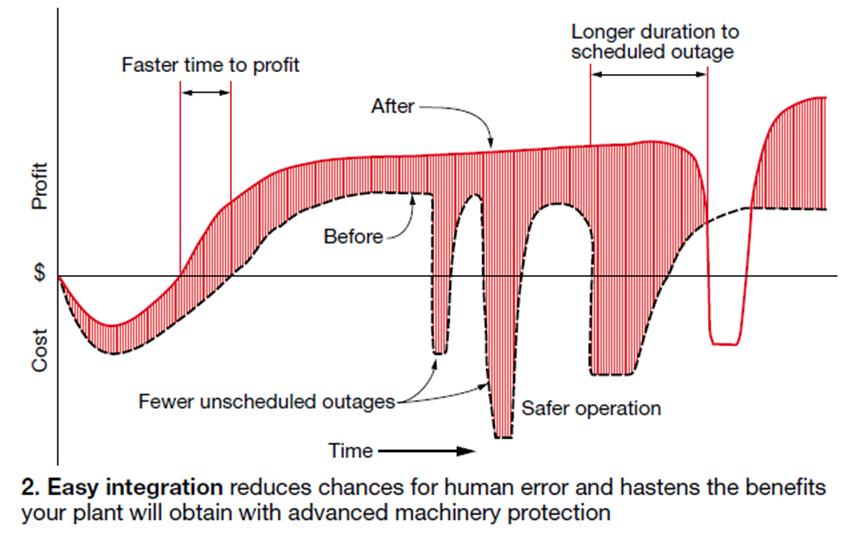 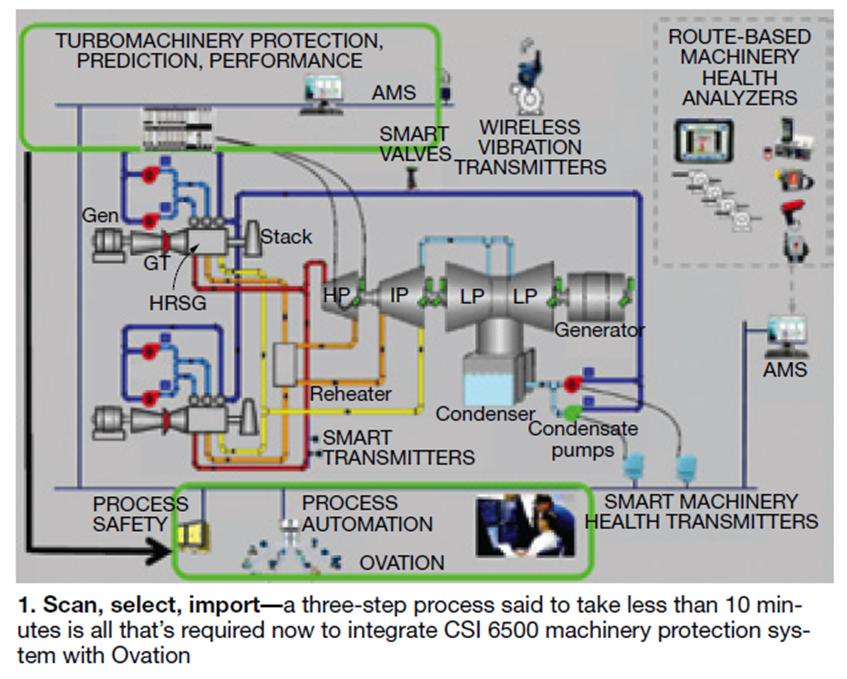 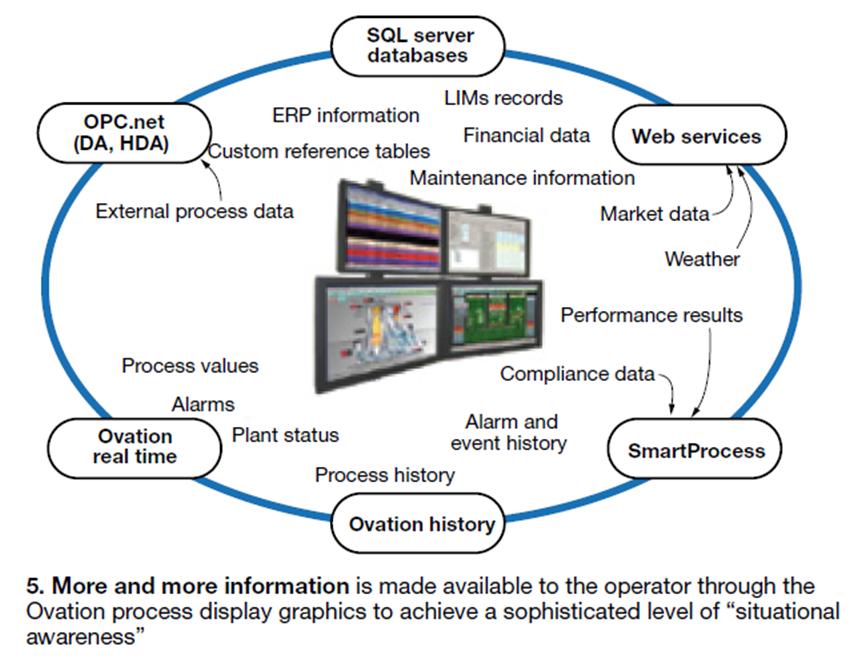 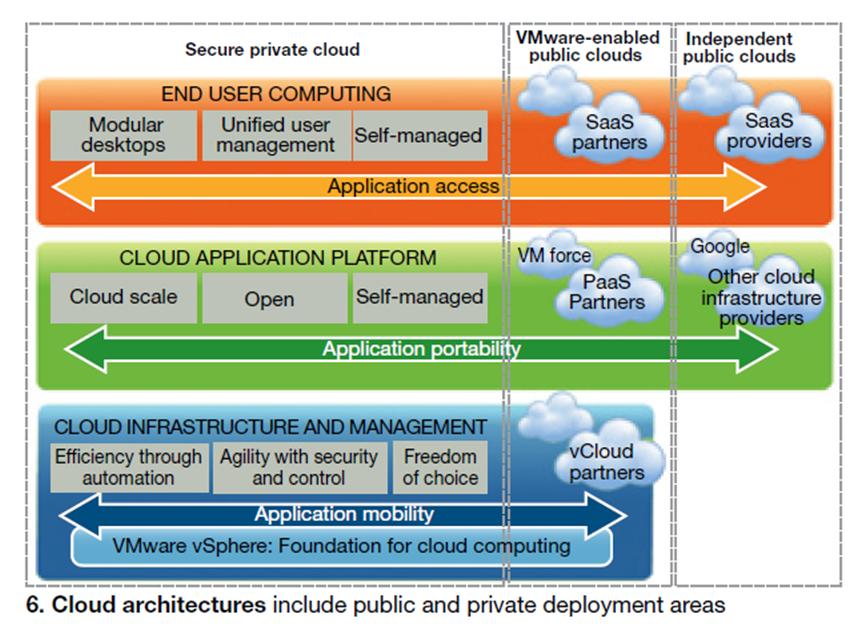 Rationalizing alarms has been a hot topic over the last several years, mostly as an unintended consequence of sophisticated automation systems.
The majority of alarms have to do with the control system itself, not the process. Developing an alarm management strategy starts with an understanding of best practices and standards and an analysis of alarming trends at your facility.

As a quick guide, compare the number of alarms you think your operators are dealing with to the benchmark (Fig 3) set by the Engineering Equipment and Materials Users Assn (EEMUA, www.eemua.co.uk). Chances are your facility has room for improvement given the industry level comparison shown in Fig 4.

The important thing to remember, according to Ovation alarm experts, is that alarms need to be tuned just like any other critical parameter to make sure they are meeting the need for safe operation. Periodic review should include: failed sensor transmitters, high-low limits, proper dead band calculations, use of alarm cut-outs and time delays, and general assessments.

The new critical infrastructure protection standards (CIPS) are a minefield unto themselves. It is difficult to provide generic guidelines, since everything becomes exceedingly site specific, especially whether a facility is even considered a critical asset. However, worth contemplating are some of the more illuminating facets of a comprehensive cyber security program involving Emerson and a major utility in the Southeast:

Perhaps the most striking consequence of the utility’s cyber security program is that it now tries to eliminate use of programmable logic controllers (PLCs) on new generation projects, unless the OEM will not provide an equipment warranty without supplying its own controls.

Dealing with alarms is only one aspect of a broader topic called situational awareness (SA), perhaps a more sophisticated term for the relationship of the human operator with the information bombarding him/her from the automation system. The new ingredient for SA is aggregating and presenting the predictive capabilities that are more and more being built into automation and control.

The definition of SA presented at the Ovation user group was “perceptions critical to decision makers in complex dynamic environments” which include comprehension of the meaning of what’s happening as well as the projection of what’s going to happen in the near future.

Comprehensive SA requires data from multiple sources and dimensions (Fig 5), including real-time, historical, and model reference—the last referring to simulation algorithms, state estimators, and system level predictive capabilities. The goals of the design are to (1) allow the operator to drill down to increasing levels of detail and (2) convert complexity into understanding through working and long-term memory mental models.
Projection is based on simulation algorithms and models. In tracking mode, the plant models update the “state” of the plant to reflect actual plant data, or data that has already been taken. In prediction mode, the simulation models are run closed loop to predict the state of important process variables into the future.

Operation is “synchronized” when tracking and prediction are integrated. For example, intelligent agents, which can be human operators (open loop) or controllers (closed loop), make control and monitoring decisions based on recognizing and correlating patterns in the data. According to Ovation engineers, SA affects the entire lifecycle of the control system, including the basic architecture and system design.

Virtualization refers to the creation of a virtual machine that replicates what a physical machine might do. While virtualization has been prevalent in Windows-based workstation applications, the technique/technology has migrated to Ovation controllers, valve positioner modules, and Ethernet link controllers.

Finally, everyone is talking about cloud computing and most of us are using it without knowing it. The “cloud” can be thought of as a natural progression in computing architecture beginning with mainframes, then client/server, then Web-based, and now cloud. The cloud (Fig 6) makes it even easier to create and deploy virtual machines, or applications, rather than installing applications directly onto host computers. In essence, it is similar to creating a Microsoft Word file at Google Docs rather than launching the Word application on your desktop and creating it there. CCJ 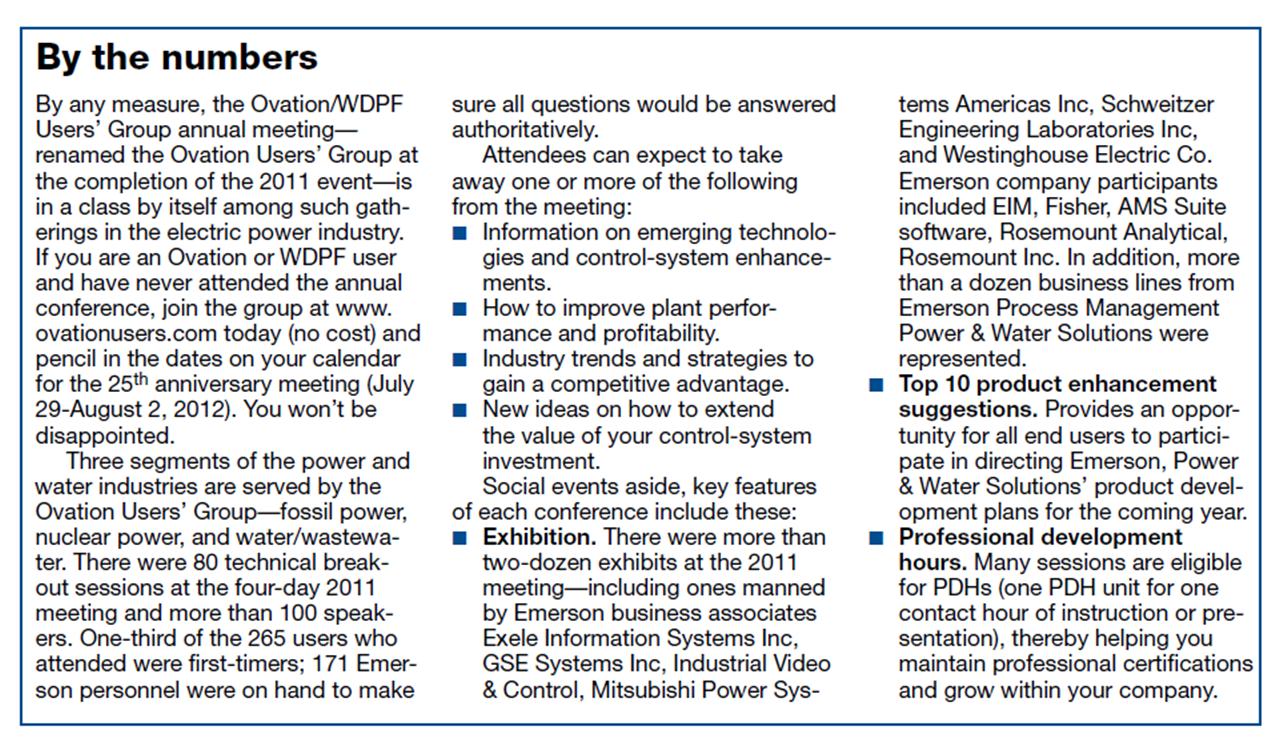