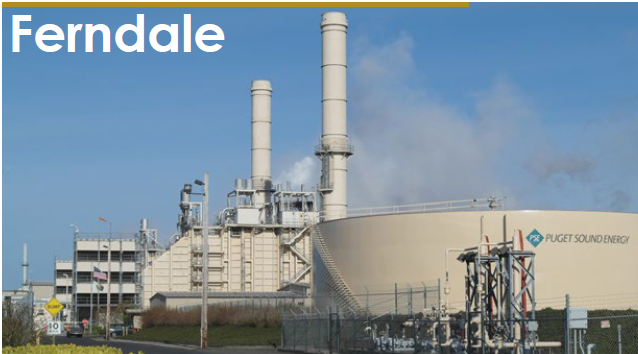 Challenge. When Ferndale Generating Station was commissioned in 1994, the operator interface in the control room consisted of four Bailey OIS 20 proprietary consoles with 19-in. 640×480-resolution CRT displays and an alarm printer tied to the DCS.

There were also several standalone interfaces in the plant for systems controlled separately from the DCS by programmable logic controllers (PLCs). In light of proven performance capabilities and benefits of third-party operator interface systems, Ferndale elected to go with Wonderware in 2003.

Our in-house plant staff configured and implemented the new DCS interface for several reasons: substantial cost savings, develop staff technical abilities, and allow for better site customization. Utilizing the original control-room console desks, four Wonderware InTouch operator stations were installed with 21-in. 1024×768-resolution CRT displays. We eventually upgraded our plant PLCs and networked them, enabling Wonderware to provide monitoring and control for these systems from the control room as well.

As the power market has evolved in the Pacific Northwest, so too has the nature of plant operations—that is, from baseload with relatively few starts and stops to a more dynamic profile with greater start/stop frequency. The growth of renewable resources in the power supply system increased the need for dynamic balancing, which prompted our owner to implement automatic generation control (AGC) at Ferndale in early 2015. It became apparent that the plant’s control-system utilization and complexity had outgrown the ability of four displays to adequately keep up with operating demands.

Solution. We again called on our staff to come up with an innovative and cost-effective operator interface solution that would allow more effective information exchange— specifically, additional interactive displays.

Since the four Wonderware computers could be configured to support two monitors each, the plant opted to expand the displays from four smaller screens to eight 40-inch flat-panel LED monitors. Adding four more 40-in. monitors—for displays of alarms, weather, and security cameras—plus three 24-in. monitors for each of the turbine controls yielded a total of 15 high-definition monitors.

We then had to figure out how to fit them onto the existing control console desks and arrange them in a horseshoe configuration for ease of viewing. Given the limited area on the console desks, our staff came up with a two-tiered design.

After preparing the pipe for fitting, they had it powder-coated for aesthetics. Since the staff completed the project during their regular work hours, we only had to cover the cost of materials for the upgrade, which totaled about $7500 with the following breakdown:

Results. With the additional monitors, which are substantially larger and of much higher resolution, our operators have more information right in front of them on an ongoing basis. This enables them to make better decisions faster—especially in situations where they may need to act pre-emptively. The ability to react quickly to a deviation ensures more controlled, reliable startups (Fig 2).

As an added benefit, the optical quality, size, and ergonomic arrangement of these new displays reduce eye strain, which makes a substantial difference to an operator on a 12-hr shift.

By relying on plant staff to design and execute the new arrangement, and making use of the consoles on hand and other readily available materials, we completed the project for approximately $7500. Had we handed over the upgrade to a vendor on a turnkey basis and requested new purpose-built consoles, the costs could easily have approached $100,000.