Rosemary Power Station is a unique 2 × 1 combined cycle, being equipped with one GE 7EA and one GE 6B gas turbine. The plant began commercial operation in December 1990. Average capacity factor for 2006 through 2012 was 8.3%. Rosemary currently operates under environmental restrictions that limit its capacity factor to about 10%. Owner Dominion Energy uses most of the plant’s available capacity during summer peaks.

The capacity-factor restriction challenged the station’s ability to make sustainable cuts to its O&M budget without jeopardizing peak-season availability and without adversely impacting the forced-outage rate. The plant also was challenged to keep overtime expenditures at historic levels.

Plant staffing was at 15 total employees with eight O&M technicians rotating on double-person shifts; the overtime rate for 2012 was 12%. Last year, attrition opened up two O&M technician positions. Management decided not to fill those positions and to permanently reduce plant staff to 13 full-time employees.

Solution. Rosemary personnel responded quickly and positively to the new working conditions. Because the plant team had actively embraced cross training, individuals were able to assume new job responsibilities quickly. All O&M technicians are qualified in the control room and had routinely split their inside and outside duties for several years. The maintenance technician, system technician (procurement), and two I&E technicians also are qualified as non-control-room O&M technicians.

Additionally, plant staff adjusted to the new staffing requirements by operating with single-person shifts during the non-summer run season. Here are the details on the staffing plan in effect today: 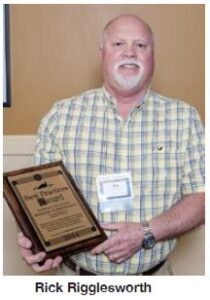 Non-summer run season (October through May)

+ Regular schedule is 40-hr day shift.
+ Required to cover shifts during flex and disability leaves.
+ One tech serves as an operator during the day; the other updates procedures, assists with EHS, performs maintenance and other assigned tasks.

All six techs participate in the 12-hr rotation.

Note that for the non-run season, the startup notification time was changed to four hours. If the station gets a dispatch during the non-summer run season, an additional person is called in and the two-person shift schedule resumes until the facility is dispatched offline.

Environmental and safety concerns were factored into the new work routines, management taking several measures to ensure the well-being of personnel given the smaller staff. Regarding the former, environmental checks were added to operating rounds. To assure a safe working environment, equipment was purchased to accommodate single-person shifts; plus, the following single-person-shift work restrictions were implemented:

Results. Positive impacts of the new work practices and procedures include a 13% reduction in the plant’s budgeted labor cost. Plus, the overtime rate dropped a single percentage point from the previous year to 11%. In addition to the direct financial benefits, the 2013 peak-season availability and forced-outage rate both improved compared to the previous year.

The station team, headed by Plant Manager Ron Eldred, decided how to best distribute the workforce to minimize lone-worker periods, and then collaborated on how to maximize safety and decrease environmental exposures during those times. Based on these efforts, a Lone Worker Safety Procedure was developed; it has been adopted by all other plants in the operating company’s fleet.

The bottom line: Attrition does not have to be a negative. In fact, it can be a rewarding opportunity to improve cross training and worker collaboration on all levels—including the adoption of a safety culture where everyone looks out for each other, particularly during lone-worker periods.