The US is blessed with an abundance of natural gas, thanks lately to surging shale-gas extraction from the Marcellus and Utica formations. The US is now a net exporter of energy. So what do we do with this surplus?

New projects might point to one option, while perhaps raising new questions. The US Virgin Islands is converting to LPG (liquefied petroleum gas or propane). A new plant in the US will fire both ethane and natural gas. Santa Catalina Island is supporting its microgrid with propane-fueled microturbines. 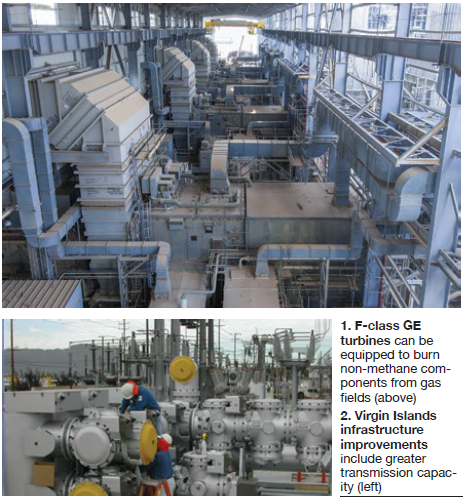 Jeffrey Goldmeer, manager of gas-turbine combustion and fuel solutions at GE Power, and the person responsible for the OEM’s strategic development of gas-turbine products for emerging fuel applications worldwide, co-authored and presented “Enabling ethane as a primary gas- turbine fuel: An economic benefit from the growth of shale gas” at PowerGen International in 2015.

He and his co-authors set the stage. “The rapid increase in US propane and ethane production, coupled with the development of new infrastructure and export terminals, is pointing to power generation from propane and ethane both domestically and internationally.”

Traditionally used as a fuel for cooking, heating, and transportation, propane is now seen as a practical energy resource for power, especially in locations with high fuel costs (or a strong desire to reduce current emissions).

Such is the case with the US Virgin Islands (Fig 2).

Local conditions encourage the renewables. Solar will soon expand to about 18 MW and biomass will grow to 7 MW. But traditionally the bulk of VI’s power has been supplied by gas turbines firing No. 2 diesel and No. 6 fuel oil. So to reduce emissions and lower rates to its customers, WAPA and GE are converting several gas turbines to multiple-firing capability: propane, LNG, and oil.

Propane will be the major fuel source, and a complete infrastructure is being prepared to support the independent power grids on St. Thomas and St. Croix. Propane comes from the Vitol Group under a long-term agreement that includes much of the new infrastructure.

WAPA’s Executive Director Hugo V Hodge Jr says, “This major undertaking of the LPG conversion project with far-reaching effects on the economy of the Virgin Islands and WAPA’s customers, and has become a source of much attention by energy companies and utilities not only in the Caribbean but across the world.”

Commissioning of the plants started earlier in 2016 and is expected to continue through the fourth quarter.

Also by tradition, ethane is a feedstock for the petrochemical industry. But supply is outpacing demand, and development of new petrochemical cracking capabilities takes time. This opens a door to both domestic power generation and fuel export.

Ethane for power generation in the US will be validated by a new powerplant located near the fuel source in the Marcellus and Utica shale plays. This first-of-a-kind combined cycle will be fueled by both ethane and natural gas in conventional GE turbines. Being located near the shale formations provides access to low-cost gas from numerous suppliers. The plant will supply the PJM grid and help offset closures of regional coal plants.

Fuel flexibility (Fig 3) is often a local decision, says Goldmeer. “In this case it’s the abundance of shale gas with higher hydrocarbons. If there’s a process plant that is stripping off an abundance of higher hydrocarbons near an existing or a planned powerplant, perhaps there is a gas-turbine fuel option at a reasonable cost.” Owner/operators and developers should review their local options first, he suggests. The exact percentage of the compounds available from processing and fractionation lies locally within the source. 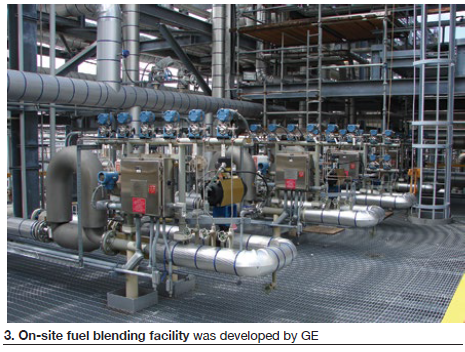 As the GE authors state, “If ethane continues to be processed at or near the cost of natural gas, then there is the potential for the landed costs of exported ethane from the US to be less expensive than LNG in some parts of the world. In this scenario, ethane could be an ideal export candidate for power generation.”

Along the northeastern edge of the Red Sea, Saudi Electricity Company (SEC) has begun construction of the Green Duba ISCC Power Plant, marking the first use of condensate as a gas- turbine fuel in the Kingdom. Duba 1 is also the first integration of a concentrated solar thermal power station (CSP) with a combined-cycle plant. But most of the power will come from the combined cycle.

“The gas field has some significant non-methane components, also known as condensate,” explains Goldmeer. “You can turn these into feedstocks, but in this case there is no convenient home for them. So they decided to burn them in an F-class turbine. And that’s where combustion technology comes in.”

GE is supplying a 7F.05 gas turbine to operate on condensate, and a 7F.03 to operate on natural gas. Both also can burn Arabian Super Light (ASL) crude. The CSP solar field is expected to add 50 MW, bringing Green Duba to 600 MW. Says SEC CEO Eng Ziyad M Alphiha, “We expect the plant to provide cost efficiencies over its lifecycle, along with the fuel flexibility and solar capabilities needed to support the Kingdom’s fuel conservation and renewable technology initiatives.” 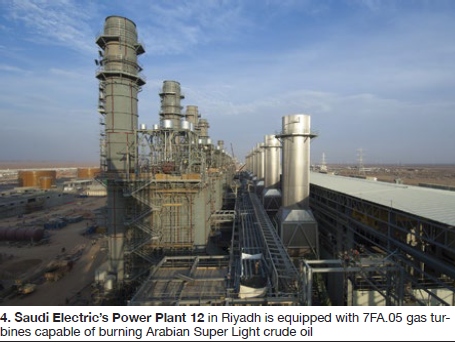 In the design of new combustion equipment, or selection of a new fuel source, it is essential to have a thorough knowledge of the fuel and compare this to operating data accumulated over time. Step One is knowing the fuel source, the type of fuel, potential fuel pre-treatments, and transport logistics.

“For ethane and propane,” says Goldmeer, “it is important to understand if it would be pure or another commercial grade.” HD-5 propane, for example, can be 90% propane with up to 5% propene (also known as propylene) and 5% other hydrocarbons.

Therefore, a detailed listing of each constituent gas (percent by volume) is needed to determine the fuel’s heating value, interchangeability (Modified Wobbe Index), and contaminant risk. Testing can then proceed.

Regardless of the fuel, the configuration of a combustor for a heavy-duty gas turbine must provide stable operability characteristics while meeting plant emissions. Other critical factors are turndown capability, transient response, and fuel flexibility. Operability factors include blowout, combustion instability, auto-ignition, and flashback.

The increased reactivity of ethane, for example, may lead to poor combustion dynamics (resonant pressure oscillations) or flashback, and potentially higher NOx emissions. “These constraints are not independent and cannot be optimized separately,” explains Goldmeer.

In a lean, premixed combustion system (DLN), flashback can occur if the flame moves from the combustion zone to the premixer or fuel nozzle, potentially affecting metal temperatures. Any resulting flame holding can have the same impact. Goldmeer explains, “GE determines the risk of flashback by examining the behavior during a forced ignition event. This information is used during the project and equipment development cycle to reduce risk.”

Small changes in fuel/air concentrations also can impact the flame’s heat-release rate, and this potential can be higher in DLN systems. To mitigate these risks, says Goldmeer, various strategies are available to decouple the feedback loop between flame and fuel flow rate, which are then evaluated.

GE’s OpFlex™ AutoTune, for example, is designed to accommodate such changes. Goldmeer explains, “This includes an adaptive real-time engine simulation that has been in operation for more than nine years, has been installed on more than 300 gas turbines, and has accumulated more than 1.5 million operating hours.”

Emissions can also be affected, especially with a high level of ethane and increased flame temperature.

The increased availability of non-methane fuels is leading to new infrastructure projects for both propane and ethane.

The US became a net exporter of propane in 2011; shipments have been increasing to both Europe and Asia. Propane exports are also active in Canada (for example, AltaGas Ltd’s LPG to Asian markets via Astomos Energy Corp of Japan). 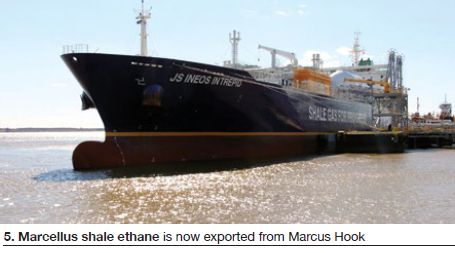 What remains on the power-generation side is project economics and justification, based on various models including annual fuel cost and the levelized cost of electricity.

In North America, with the shale-gas contribution surging, local end users are considering the possibilities, and asking the necessary questions. It’s GE and other OEMs that will provide the answers.

As Goldmeer puts it, “We love educated customers. We love customers who are thinking ahead, who are challenging us to be better or to have better solutions, to help them create more value for their company and their shareholders.

“Ultimately,” he continues, “every one of us buys electricity, so by interacting and asking questions we all help ourselves.” CCJ