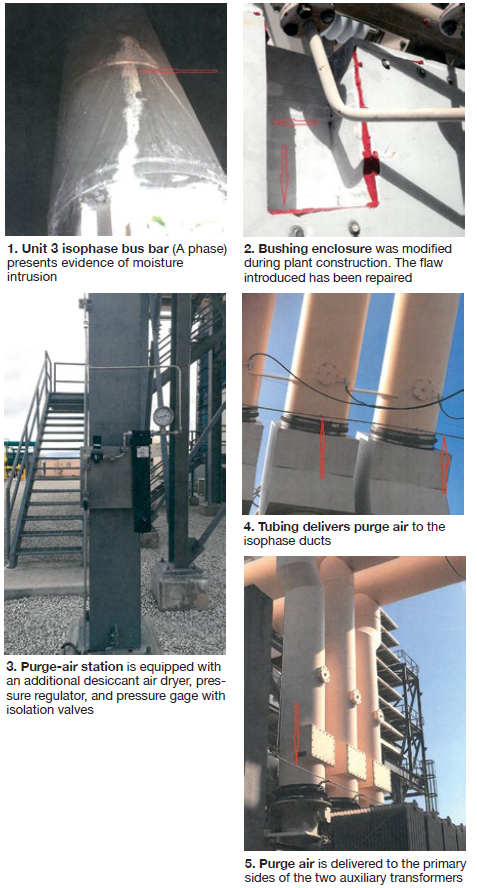 Solution. Short-term solution was to repair the leaks on the GSU and fix the modification flaw on the A-phase bushing enclosure introduced during plant construction (Fig 2). The same repairs made on Unit 3 were made on all four units at the site.

Long-term solution options were (1) retrofit the bus duct with a positive-pressure system to prevent moisture ingress or (2) install a purge-air system using instrument air to lower the dew point in the bus duct and absorb moisture. The latter, at less than 3% the cost of the former, was selected.

Air from the instrument air system is routed to a purge-air station (Fig 3) which provides air at 2.5 psig to the isophase ducts (Fig 4). Purge air is routed to the secondary side of the plant’s four GSUs and the primary side of its two auxiliary transformers (Fig 5).

All work, including fabrication of the regulation station and supply tubing to the isophase ducts, was completed by plant employees.

Results. There have been no isophase failures, nor any loss in generation, since the modifications were installed. Benefits of the improvement project also included the following: