Challenge. Several years ago, Athens Generating received a new air permit that placed strict limits on stack emissions during startups. The plant faced significant challenges maintaining the prescribed NOx limits for cold and warm starts. Control logic at the plant dictated that the control valve for the SCR not inject ammonia until the heat-recovery steam generator (HRSG) temperature reaches 550F. 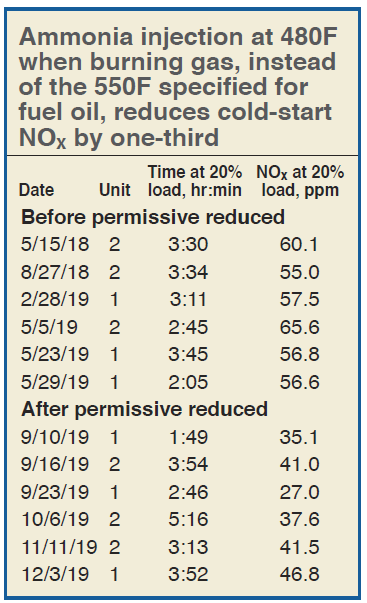 During cold and warm starts, the gas turbine (GT) typically held at around 20% load for several hours to warm up the HRSG and steam turbine (ST). The HRSG typically sat at temperatures of between 530F and 540F for hours during these starts, thereby preventing ammonia injection and keeping emissions elevated during startup.

Solution. Plant personnel reached out to the HRSG OEM and an independent contractor for input. Engineers determined the 550F permissive was based on firing the units on fuel oil. At this time, the plant only burns natural gas. Based on this information, the OEM determined the plant could safely lower the ammonia-injection permissive from 550F to 480F. The plant control logic was changed to reflect this.

For the selected cold starts shown in the table, NOx emissions with the GT hovering at 20% load averaged 58.6 ppm before the change, 38.2 ppm after. This is nearly a 35% reduction in total NOx emissions when the GT is held at 20% load.

Solution. Existing fixtures were typical emergency-exit lighting with incandescent lamps. Most of these were replaced with high-efficiency LED lights. The units selected were not available with an integral battery backup. An existing system was deemed to have sufficient spare capacity to move the emergency-lighting load to the dc bus.

New inverters were manufactured and installed at the facility to pull power from the existing bus and route it to the newly installed emergency lighting fixtures. Plant staff worked with a contractor to design and implement the new system (Fig 1). 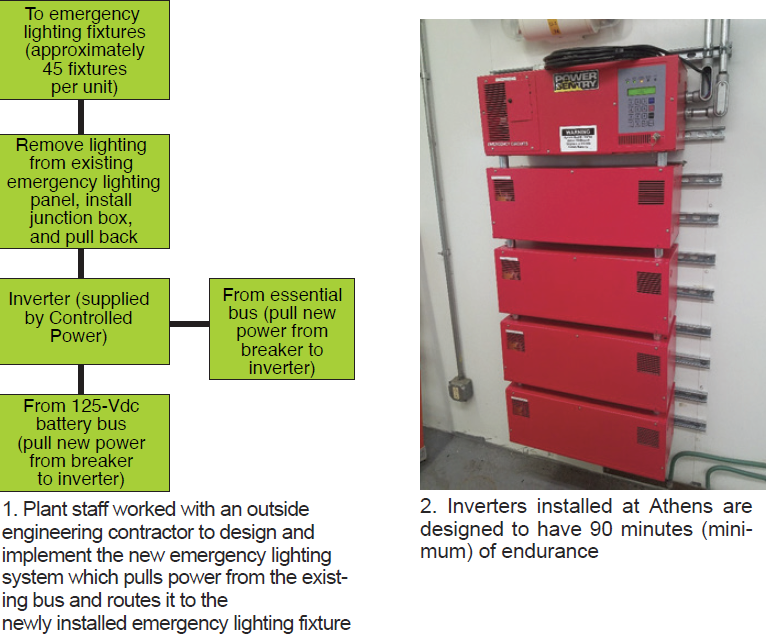 Results. The new lighting system was successfully installed in the turbine hall for all three units. The scope of the project has expanded to include the air-cooled-condenser area serving all three units as well as the water treatment plant and the river-water pump house. This is in progress on Units 2 and 3 and nearly complete on Unit 1. Because the inverters (Fig 2) power the new emergency lighting, they are always on, increasing visibility around the facility. Each inverter is designed to have at minimum 90 minutes of endurance. 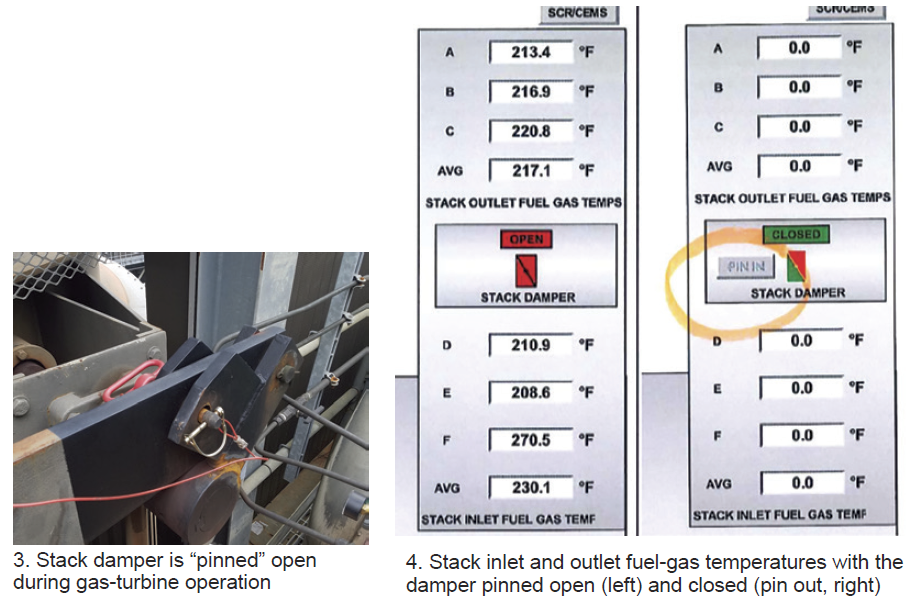 Results. This simple and inexpensive solution has been implemented on all three units at the plant. To date, there have been no further issues of the stack damper closing during GT operation. The DCS screen as the CRO sees it is in Fig 4.