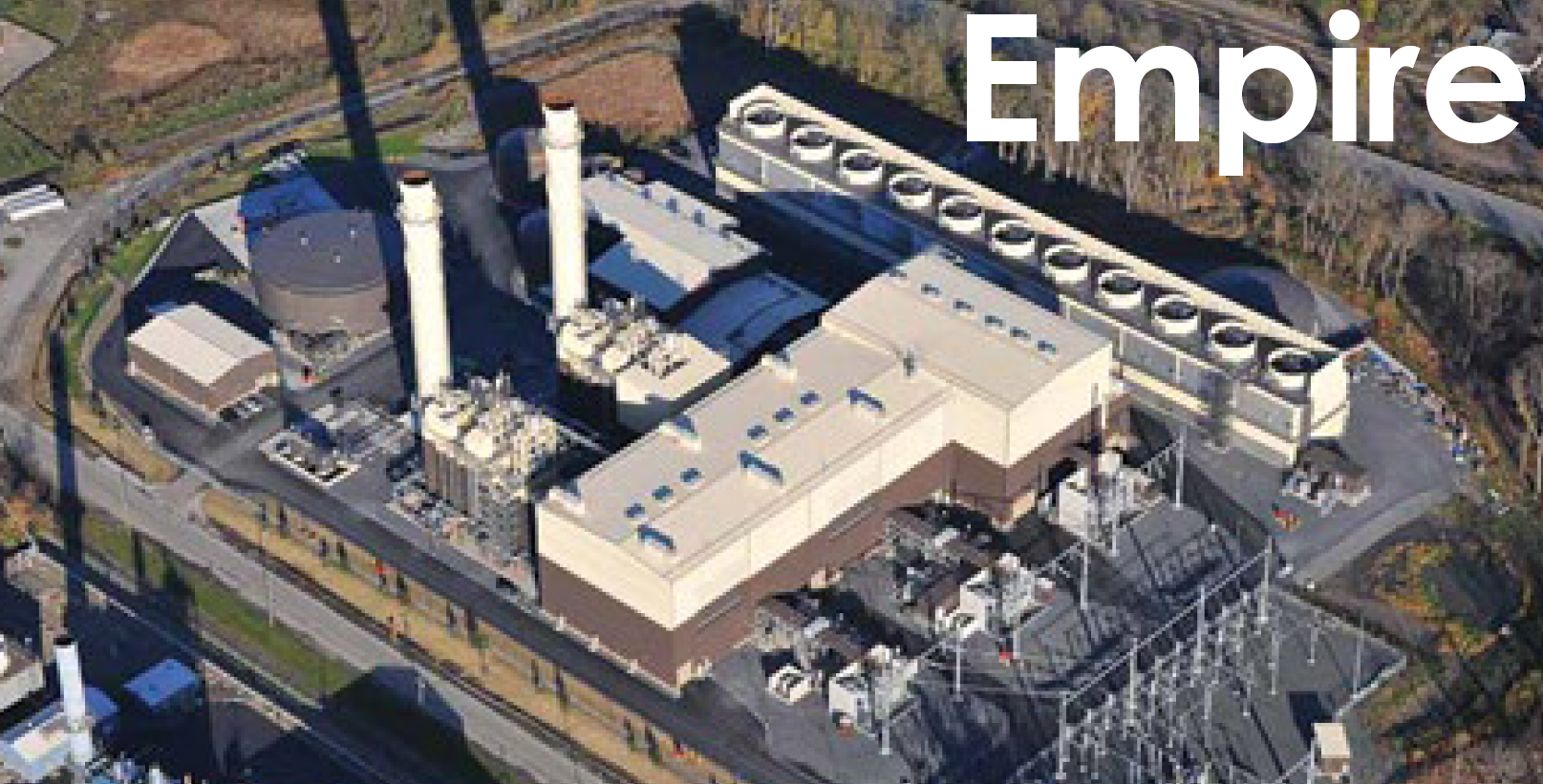 EMPIRE GENERATING COMPANY, managed by Chet Szymanski and operated by NAES Corp, uses gray-water effluent from a local municipality’s sewage treatment plant as incoming process water for both the steam-generating and cooling-water systems. Water quality, specifically total dissolved solids (measured as conductivity), varies greatly depending on the time of year and the quantity of water received. During high-conductivity events, even with the primary filtering mechanism operating at optimum efficiency, the plant experienced carryover of impurities to its other systems.

To minimize the carryover effects and to ensure that the water is properly disinfected prior to being used as a cooling medium, a 600,000-gal chlorine contact chamber is located upstream of the cooling tower.

Over more than 10 years of operation, the treatment system proved extremely effective at removing the carryover material from makeup water. However, system design made no provision for removing that material. An ever-increasing amount of waste material reduced system effectiveness over time. To ensure operation as designed, an effective method to remove the semi-solid waste material had to be developed.

The goal was to both clean out the sludge and recapture as much of the water as possible. Note that a previous attempt to remove semi-solids by vacuum truck proved unsuccessful because of poor performance and high cost.

Plant personnel and the water-treatment vendor identified geotubes (a permeable system of engineered textiles specifically designed for dewatering high-moisture-content sludge and sediment), in conjunction with an approved flocculant, as the most effective solution. Automatic sump pumps transfer recovered water to the plant’s cooling tower. The semi-solid material remaining, characterized as non-hazardous for waste disposal, is sent to a local landfill.

HUNTERSTOWN GENERATING STATION, managed by Competitive Power Ventures and operated by NAES Corp, ensures outage LOTO accuracy and completeness by mapping procedures on drawings. Plant Manager Thomas Hart said the challenge was to clearly identify the LOTO scope and to provide the means to present and communicate the safety plan to all outage employees, including outside contractors.

Hunterstown requires that all outage LOTOs be mapped out on electrical and mechanical drawings. Locations of work must be delineated in the drawing package and isolation points highlighted, demonstrating the relationship between workscope and LOTO boundary.

This proven process provides the means to easily demonstrate through a drawing review and walk-down of equipment that the site’s LOTO program is effective and the specific workscope to be performed by a contractor is compatible with the LOTO scope applied to the equipment and presented in the LOTO package (including drawings). This results in clarity for contractors and confidence in the site’s safety programs. Because of this there are fewer requests from contractors to make changes that would expand LOTO scope to increase the LOTO boundary.

Feedback from contractors has been positive. One example: GE said, “Hunterstown’s LOTO program is unmatched in providing clear understanding to the scope of the LOTO and how the work we will be performing is covered under the LOTO hung on the equipment in the field. With our GE procedures, we are required to walk-down every LOTO and Hunterstown’s program provides assurance that we can clearly see on paper in the marked-up drawings how what we see in the equipment walk-down provides protection for our workforce.”

MARCUS HOOK ENERGY CENTER, operated by GE, has four hydrogen-cooled generators: three GE 7FH2 machines, one Toshiba TAKS. Hydrogen is supplied by a local firm in 16-cylinder cradles; delivery is by truck. Consumption of the 7FH2 generators is 500 ft³/day by design; the TAKS unit uses 1236 ft³/day. The 16-packs were moved to each generator by forklift. Challenge was to reduce H₂ consumption, thereby reducing cylinder handling and improving system safety.

GE operations personnel used a spreadsheet to track 16-pack movements and hydrogen use. All generators, save one on the gas-turbine units, were consuming well above design. The operations team worked systematically to locate the leaks, which were found to be the following:

Results of the corrective steps taken by staff: A 50% reduction in 16-pack changes and hydrogen use. All four generators now are consuming hydrogen at a rate below design, reducing cylinder handling and onsite traffic, as well as the plant’s risk profile. Expectation is the combined improvements will save about $50k annually. Also under consideration: Reducing onsite storage of the 16-cylinder packs, thereby increasing saving. 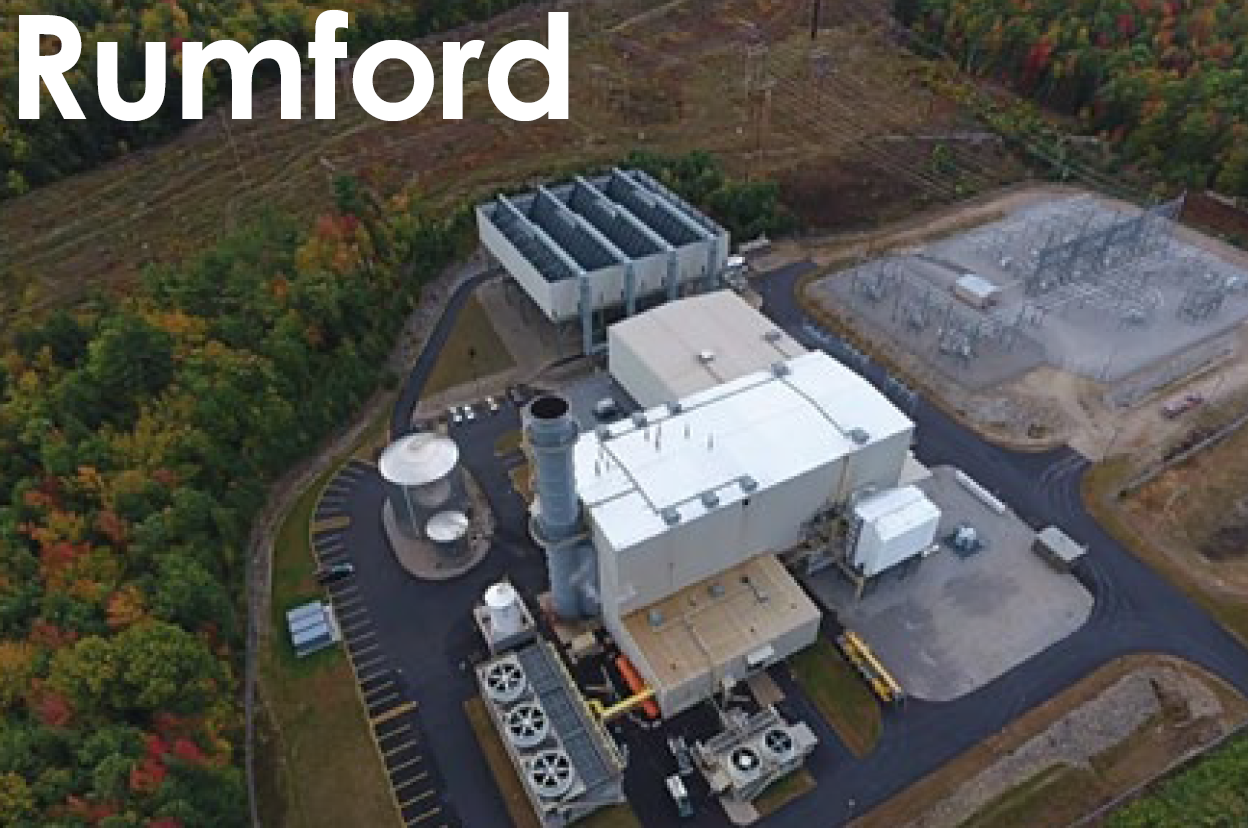 RUMFORD POWER, managed by Justin Castagna and operated by Cogentrix Energy Power Management, faced changing markets that reduced run opportunities. Response of the maintenance staff to the plant’s rural Maine location usually was half an hour or more. Given Rumford’s low capacity factor, response time was critical to resolving issues and returning the plant to operation: There was little opportunity to make up for the unavailability by extending week-long runs as was done in the early 2000s.

Through the plant’s RCA process, which is implemented for every forced-outage event, staff identified common areas of improvement that with a little training would enable others (for example, onsite operations personnel) to troubleshoot and repair once they better understood the affected system. This effort could help reduce the plant’s equivalent forced-outage rate (eFOR).

The plant already was using online training modules for OSHA and process safety management training. Based on the successes gained, staff decided to grow the training library.

Looking back over the past five years of common themes or problems for call-ins at the site, the three areas that routinely came up in troubleshooting events during off-hours, or when the plant was in a forced outage, were the following:

The fuel-gas letdown adjustment was simply a response to a common issue the plant had in 2017-2018. Repeat failures of the gas letdown system caused starting-reliability issues, including a short period of forced-outage time. Maintenance technicians knew the process of checking and setting the Emerson (Fisher) 310A-32A pressure regulator, but the operators had little involvement in the process.

The training module created gave the background of the theory behind the “wide-open monitor” method of control and use of a second downstream pressure regulator as the controlling valve. Support documentation included cutaway images of the valve with descriptions, the four basic steps in setting the letdowns, etc.

CEMS-gas bottle replacement is a common task that the plant completes, but primarily by I&C technicians. Operators assisted and swapped bottles, but there was no formal training or instructions for the task—just on-the-job training. While it could be months, or years, between the need to swap a calibration-gas bottle on a Sunday afternoon, the training module eliminates to the need to call someone in on a day off.

Breaker racking was a training module motivated by an earlier arc-flash study. Modifications were made with new relays installed on the 480-V switchgear to reduce incident energy levels, and recommendations were made to purchase remote racking devices as an extra precaution to remove personnel from the potential “line of fire.” Often during troubleshooting efforts in support of a forced outage, breakers must be racked off the buss and LOTOed.

The training module developed shares the PPE requirements for the task, the equipment and tools necessary, and the preparations needed for determining which method is best for racking (manual or remote) and how to perform each method. While this had no direct impact result in forced-outage reduction, it was identified as a best practice by the site to share all information about the breakers themselves, the racking devices, PPE, and process on confirming zero energy to maintain the plant equipment.

These three examples of knowledge-sharing, along with site-specific web-based training, help provide both process theory and real-world experience. Result: eFOR improved from 0.28% 0.47% in the first year of the program’s implementation.

As new hires replace a retiring workforce, the training helps present real-world examples and expectations to new hires. When new personnel come aboard, they are given a database of information that the plant has gained over the last 20 years, enabling them to grow their skill sets and be better prepared for events as they arise.