Boiler combustion controls are designed to optimize the air flow to the fuel flow rate such that sufficient air (oxygen) is available for complete combustion and the amount of performance-robbing excess air is minimized. Recall that insufficient air results in the formation of excess carbon monoxide, a regulated parameter, as well as a loss in efficiency because of incomplete combustion.

Part of the air-flow controls programming at BASF-Geismar allowed for operator adjustment of the stack O2 set-point value—an O2 bias value. An operator could enter a negative bias in an attempt to lower stack O2, thereby increasing boiler efficiency. But if the O2 value were reduced too much, insufficient air would be available for combustion, thereby producing an excessive amount of CO. By contrast, if the O2 bias value was set too high, an excessive amount of air would be used, leading to inefficient combustion.

Powerplant board operators have many duties and do not have the time to babysit the O2/air controllers to fine-tune the O2 bias value and to make adjustments each time boiler load or fuel composition changes. To avoid nuisance CO alarms, operators typically would set the O2 bias to a high value, contributing to inefficient operation. 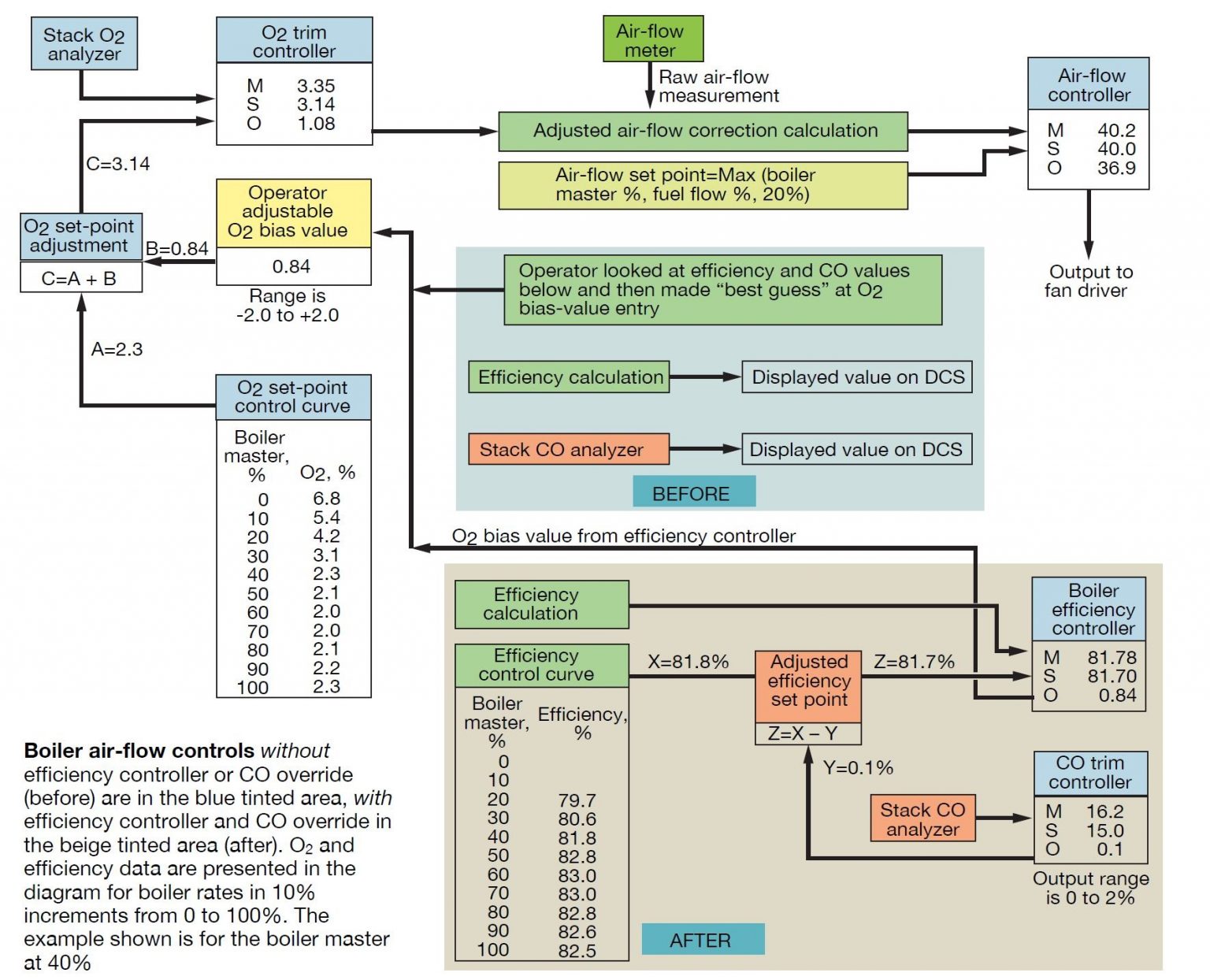 Control schemes, before and after the staff effort, are illustrated in the diagram.

Results: The efficiency controller and CO override controller have worked very well. Operators no longer have to adjust the O2 bias value as it now is generated automatically. The boilers operate at the targeted values and any CO excursions are handled automatically without operator intervention.