BASF-Geismar’s operations staff was challenged to develop a tool that provides a simple and intuitive display of the performance of the Utilities Dept’s systems and equipment. Critical to the development of a user-friendly performance dashboard are the following:

Some KPI target values were a constant value—such as zero for steam venting and 70,000 lb/hr as the target for purchased steam. However, many KPI targets vary with operating conditions.  For instance, the expected efficiency of a boiler is not a constant value but varies based on boiler load, changes in fuel composition, etc. Similarly, gas-turbine output varies considerably with ambient-air temperature.

Equipment and system performance models were developed for a wide range of operating conditions. At BASF-Geismar Utilities, most of the modeling was based on real-life operating data collected when the equipment was known to be operating well. Thus, the operational targets are proven performance metrics and not necessarily based on new equipment design data, which in some cases may not be appropriate.

The dashboard created (figure) shows KPI data together with a green, yellow, or red indicator light—to provide an instant indication of performance. An Excel spreadsheet was used to download the necessary process data from AspenTech Explorer and perform the necessary calculations. 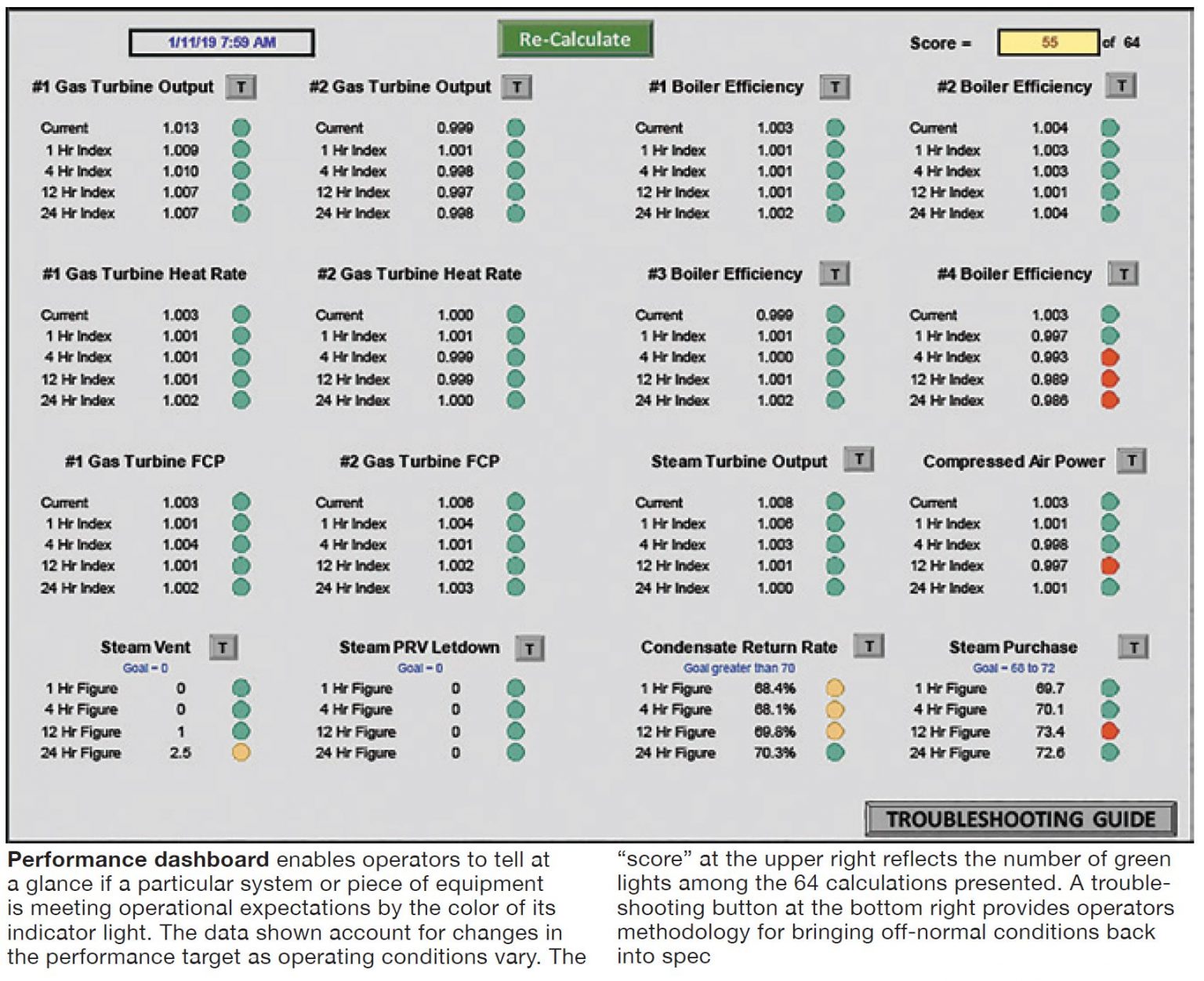 The performance data displayed shows average values for periods of one, four, 12, and 24 hours along with the current performance. Providing data in this format allows performance trending.

Note that the small button with the “T” is a quick link that opens a trend graph for that particular parameter. Another quick link at the bottom of the dashboard opens a troubleshooting file which can be used as a guide to correct poor performance.

From this display you can see boiler No. 4’s efficiency performance was unsatisfactory but improved. Similarly, steam was vented hours ago but the vent is now closed. Condensate return rates dropped and are still marginally low and should be investigated/addressed.

Data displayed in this manner does not tell, for instance, which boiler is operating most efficiently, but rather indicates how the actual boiler efficiency compares to the expected performance.