Challenge. CPV Towantic is an outdoor facility. The OEM-provided generator collector-house assemblies allowed moisture to collect around brushes and rigging during heavy rain events (Fig 10). Generator field resistance to ground was alarming, and in one case tripped the generator. Initial thought was moisture was coming in around the brush inspection door. After much investigation it appeared water was running across the concrete foundation onto the collector end of the generator and under the collector-house metal foundation (Figs 11-13). 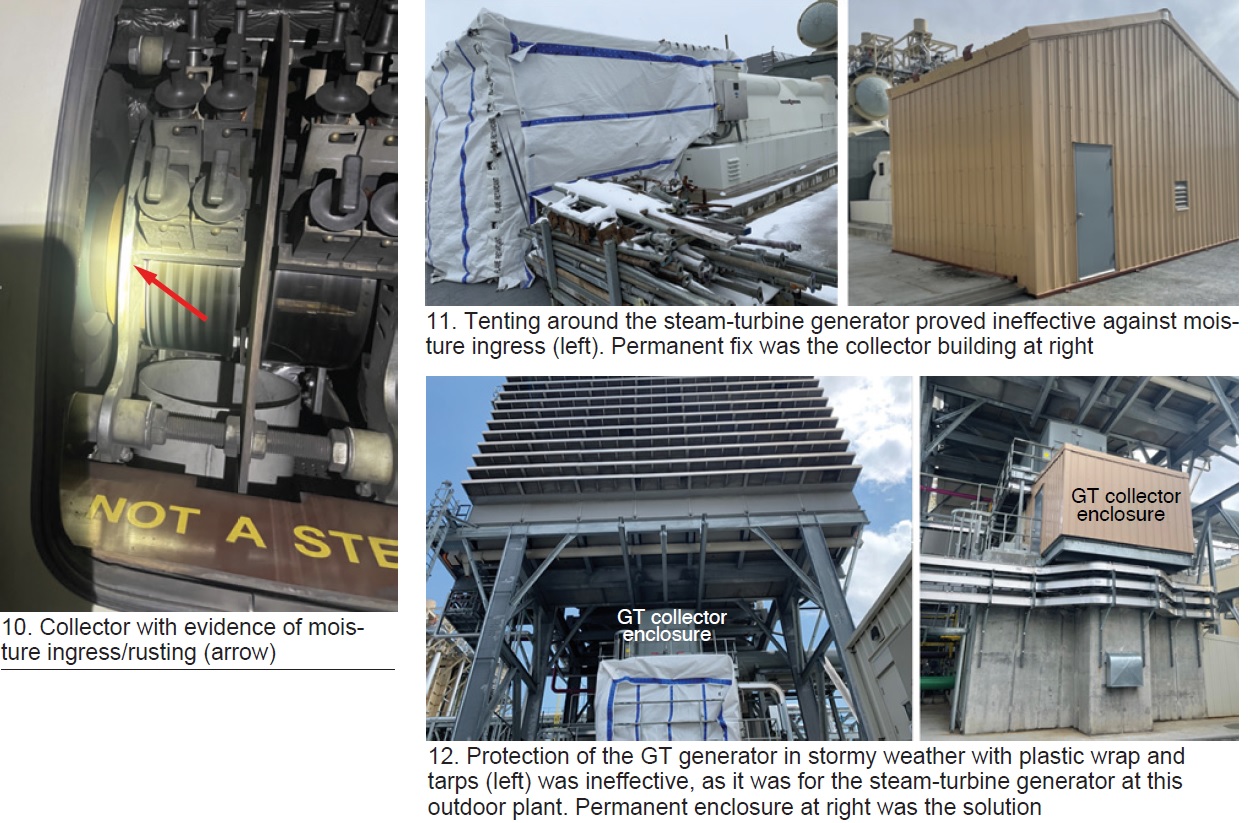 Solution. Custom-designed prefabricated metal lean-to-style structures were added to the end of each steam- and gas-turbine generator. This successfully blocked water from flowing between the concrete foundation and the collector-house assembly. As an added precaution, drip shields were installed over the air intakes of the collector cooling fans (Fig 14). It appeared that some water was leaking down across the collector end shield and reaching the fan intake, which pulls
from the void under the generator.

Result. The plant has seen a significant reduction in adverse heavy-rain impacts on collector ground readings, improving operational reliability during foul weather, as well as increasing the health of the collector equipment by preventing excessive water intrusion.