Progress has been made in making online partial discharge (PD) monitoring technology a viable method for assessing the condition of motor and generator stator-winding insulation. Problems have been identified on many machines and maintenance was possible to slow down or correct the problem before failure occurred.

To gain this acceptance, earlier skepticism of the usefulness and effectiveness of the technology had to be overcome. Specifically, better noise separation and interpretation methods were developed to reduce the risk of false-negative and false-positive “alarms.” To date, thousands of machines have been equipped for online monitoring and hundreds of studies have been published documenting cases where online PD monitoring has detected problems well before catastrophic failure.

Here Greg Stone of Iris Power-Qualitrol brings you up to date on this proven, highly valuable motor and generator diagnostic tool—with an assist from Clyde V Maughan, generator consultant, well known to readers for the knowledge he has shared with them over the years in CCJ ONsite articles. 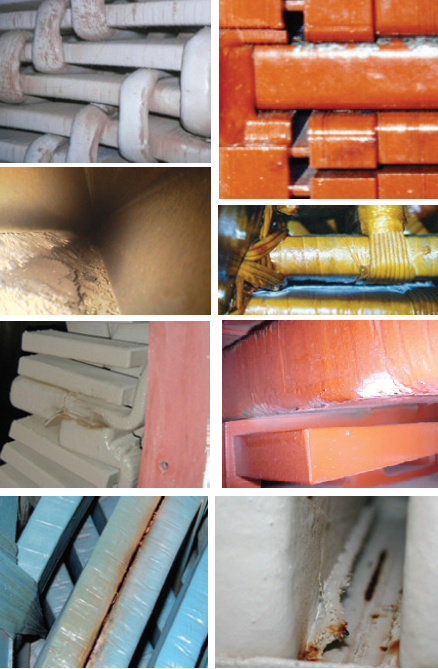 In the late 1940s, Westinghouse Electric Corp’s John Johnson was the first to measure PD on operating high-voltage generators. His aim was to find an online method to determine if stator winding coils or bars were vibrating excessively in the stator magnetic core. These vibrating coils in the slot lead to abrasion of the high-voltage electrical insulation, and eventual failure.

Johnson was successful in identifying those generators suffering most from this problem, which was caused by an inadequate method of securing the coils in the stator slots. The success of the Johnson online PD measuring system inspired other machine manufacturers, and even a few utilities, to develop their own methods.

Even though online PD testing was introduced 70 years ago, its application was not as widespread as one might have expected. Various issues, both technical and non-technical, intervened. Only in the past 25 years has online PD monitoring been accepted as a legitimate, reliable method to assess stator-winding insulation condition.

Online PD methods. An online PD monitoring system must have the following components:

Shortly after Johnson published a paper on PD monitoring in 1951, other similar test methods were introduced. The use of capacitive sensors at each phase terminal of the stator winding became popular. The introduction of high-speed digital electronics in the 1970s and 1980s helped to capture the number and magnitude of pulses more precisely and allowed more accurate interpretation of results.

Today, online PD testing comes in two flavors: low frequency (LF) and very high frequency (VHF). The LF test requires some expertise to extract the stator-winding PD from noise, while the VHF test using 80-pF couplers on the machine terminals often can be interpreted by plant personnel after receiving a couple of days of training.

Innovations that have led to a higher level of acceptance include better noise-suppression methods, more reliable means for determining the severity of the PD, better methods for identifying failure mechanisms, and fewer fantastic claims.  The introduction of the IEEE 1434 and IEC 60034-27-2 standards also have educated end users on what methods to use and what the test can do, and not do.

Iris Power’s Vicki Warren has defined what constitutes a high level of PD based on data from well over 600,000 online tests using the same method on many thousands of machines. The so-called “severity tables” developed from this information are valid only for PD measurements in the VHF range.

The high PD levels are most affected by measurement method, voltage class (which affects the surge impedance), and hydrogen pressure (if relevant). Machine power rating, insulation class, or type (motor, hydro, etc) seem much less important. The publishing of PD “alert levels,” and taking account of the trend in levels, seem to have reduced the risk of false indications.

Clyde V Maughan of Maughan Generator Consultants published a paper in 2006 summarizing a survey of 200 case studies by end users on problems that have been detected on stator windings in motors and generators. Since then at least an equal number of problems have been found (table).

Credibility of test results. Until the end of the 1970s, online PD monitoring was available from only a few major machine manufacturers and routinely used by only a few utilities—such as TVA, Canada’s Ontario Hydro, and the UK’s CEGB. There were many reasons for the limited use of online PD assessment. The main issue was that the results often lacked credibility.

More specifically, there was a high risk of false-positive or false-negative indications. The false-indication rate was such that many felt the test was worthless. This viewpoint was widely held by many utility maintenance engineers because of bad experiences with the technique. There were many specific reasons for this lack of credibility, as described below:

Over-claiming. Another cause of poor credibility was the ambitious claims of effectiveness which many vendors made for their monitors. This is an inherent human nature issue that should attenuate with the passage of time and improvement of PD assessment capability. In addition, it is apparent that on-line PD cannot detect problems such as endwinding vibration, water leaks in direct water-cooled windings, and any problem in the low-voltage portion of the winding.

Unreliable “high-PD” indicators. Most online monitoring systems rely on trends in the PD level over time, or on tables of what constitutes a high-PD level, or both, to determine the need for stator-winding maintenance. While these criteria are somewhat coarse, experience has shown them to be useful—if accompanied by good judgement.

Sensor reliability. Capacitors are, by a very large margin, the most widely applied PD sensors, and if a defective sensor incorrectly indicates a machine fault, this will certainly lower the credibility of the test.

The sensors most likely to cause a machine failure are capacitive couplers, since they are normally connected to the machine’s high-voltage terminals. Vendors have focused on producing sensors very unlikely to fail in service. IEEE 1434 and IEC 60034-27-2 define standardized tests vendors must perform to assure their sensors do not fail.

Remaining life. In the past, some researchers and vendors have claimed that using the measured PD data, the time-to-failure of a winding can be predicted with some accuracy. There is no objective evidence to support this claim. PD itself usually is not a direct cause of failure; it is mainly just a symptom of thermal, contamination, or loose-winding issues.

In addition, experience has shown that when significant insulation deterioration is occurring, PD will increase over time—but it will not necessarily increase until failure occurs. Instead, even though the winding continues to deteriorate, the PD tends to level off, or may even decrease.

Many methods have been developed to attempt to identify the failure mechanism based on the pattern of the PD. Regretfully, a winding sometimes is correctly assessed by PD level or rate-of-increase as having insulation problems, but the wrong mechanism is identified. As a result, the wrong repairs may be scheduled and the credibility of PD monitoring damaged.

The bottom line. Over time it has been possible to address these credibility issues to a point that partial discharge monitoring has become a proven, valuable motor and generator monitoring tool.