The Western Turbine Users and CCJ are working together to expand the sharing of best practices and lessons learned among owner/operators of GE aero engines. WTUI VP Ed Jackson, plant manager of Missouri River Energy Services’ Exira Generating Station in Brayton, Iowa, says the organization’s mission is to help members better operate and maintain their plants, and a proactive best practices program supports this objective. 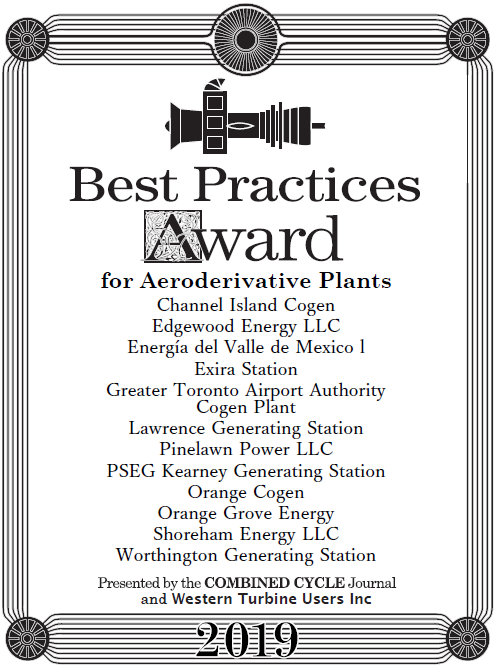 Jackson stressed the value of the joint program during the user organization’s annual meeting in Las Vegas, March 17-20, 2019, at the South Point Hotel and Spa. He encouraged attendees to support the initiative and explained how they would benefit from the experience. The latest fruits of that effort are the best practices profiled here, submitted by the 12 plants identified in the figure.

Recall that CCJ launched the industry-wide Best Practices Awards program in late 2004. Its primary objective, says General Manager Scott Schwieger, is recognition of the valuable contributions made by owner/operator personnel to improve the safety and performance of generating facilities powered by gas turbines.