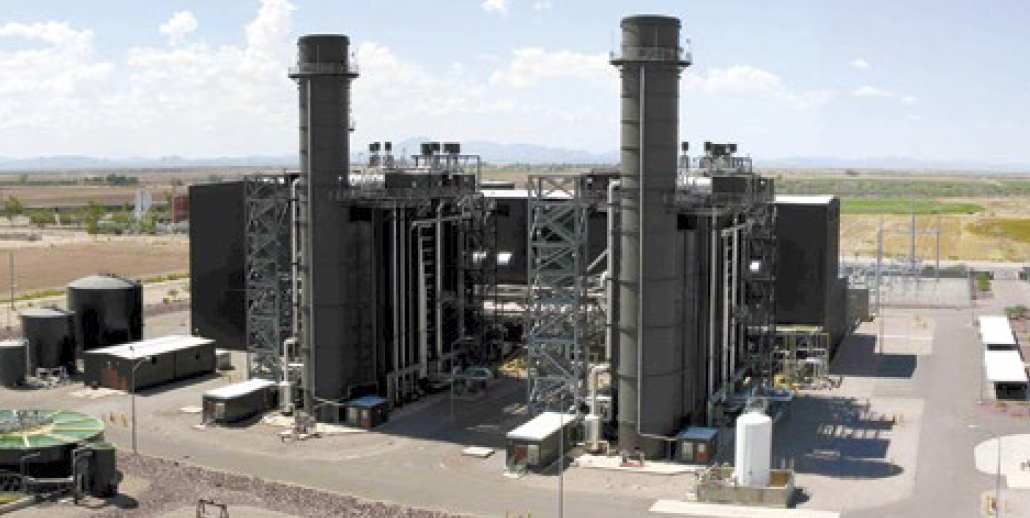 The numbers are eye-opening: 20-MW gain in simple-cycle output, 3.8% heat-rate improvement in simple cycle, a stable GT turndown to 38%, and less than 9-ppm NOx across the load range. That’s what PSM and Salt River Project’s (SRP) Desert Basin Generating Station reported at the 2021 501F Users Conference after upgrading a 2001 vintage Siemens 501FD2-powered combined cycle with PSM’s FlameTOP7 technology, a first-of-a-kind for PSM on a 501F engine (figure).

Desert Basin has been a 501F fleet leader for two decades. This pioneering installation is no exception. But as Desert Basin’s Moh Saleh and Jess Bills report, you can’t avoid a few challenges along the way.

Design aspects of PSM’s technology progression with GTOP6, GTOP7, FlameSheet™, and AutoTune have been explicated several times in the pages of CCJ (most recently, the last print issue, No. 65, 2021). FlameTOP7 essentially integrates the gas-turbine optimization aspects of GTOP7 with the output and efficiency improvements from the FlameSheet combustion system, with AutoTune thrown in for good measure. GTOP and FlameSheet are hardware upgrades, while AutoTune embodies advanced controls.

Here, the focus is on Desert Basin’s install and initial operating experience, based on material presented with PSM at the conference, and a follow-up call with Bills and Saleh.

Changing needs, ageing units. SRP needs more flexibility and output from its GT fleet with the retirement of large coal-fired units in the state and growing customer load. It was also a natural point in the Desert Basin units’ lifecycle to consider a major upgrade. Unit 1 had 12k EOH (equivalent operating hours) hardware in it, Unit 2 has 25k hardware. The plant wanted to use up the parts in inventory, so the remaining parts were installed in Unit 1. Generally, “the parts were on their last legs,” noted Bills.

After evaluating advanced technology options and settling on FlameTOP7, the plant initiated a 10-month planning cycle, which of course was disrupted by Covid-19, and opted for a PSM total scope outage. It included scaffolding and installation requirements; and re-insulation (ARNOLD insulation) work for the walls, floor, and ceiling of the exhaust transition ducts.

Bills and Saleh credit part of the project success to the decision to hire a third-party contractor for additional project oversight, “extra eyes on the work,” as they put it in the presentation. Seth Conway, Somerset Engineering, had extensive experience doing contract work with PSM and with FlameSheet installations on 7FA machines.

Covid confounds. Once the pandemic settled in, the teams had to resort to virtual inspections of FlameSheet cans in the PSM shop and assembled parts ready for shipment, in addition to virtual training sessions. Plus, no one was able to walk down other sites which had installed GTOP or FlameSheet. Each contractor had its own workspace onsite to avoid cross-transmission.

All office space had to be arranged for social-distancing. Because these are inside units, organizing work and tooling was especially important. Thankfully, no one became Covid positive while onsite.

Bills and Saleh laud tight and highly transparent communications during the entire Covid-impacted project. By the time of commissioning the new equipment, meetings were being held daily. They also credit early attention to logic and controls modifications (which had to be performed virtually) as a key factor in project success. “We were serial Number One,” said Moh, “and we didn’t want any impacts from something we might miss in the controls.”

Seasoned plant folks live by such mottos as “expect the unexpected” and “only the paranoid survive.” Still, no mind or collective hive can be all-knowing. Here’s an important safety minute that came from this project: Don’t assume that the crane remote control is operating the crane you think it is.

Desert Basin has two bridge cranes: a 60-ton unit over the gas turbine, and a 70-ton unit over the steam turbine. Each has a 10-ton auxiliary hook. Hand-held radio controllers are used to move both. Rarely are both cranes used at the same time.

The plant wanted to add load cells so staff would know the weight of equipment being lifted, and an accompanying LED readout option to the joy-stick-equipped belly box for the 70-ton crane used by the operators. One was already installed on the 60-ton crane’s controller.

The appropriate chip was pulled from the box and sent to the manufacturer so it could be re-programmed. After it was returned and re-installed, the SRP crane group tested it. All good. However, the 60-ton unit was not operating during the test.

When the 70-ton crane was next pressed into service, the 60-ton crane started moving! The operator quickly got off the joy stick, and supervisors declared a safety stand-down to figure out what happened. A root-cause analysis was initiated. “You try to do something to make life better [like add an LED readout] and something hiccups,” Bills lamented. Thankfully, no one was injured. The local crane rep reviewed the chip programming and discovered that the signals were crossed at the factory.

Now the plant runs both cranes during tests to make sure there are no interactions between them.

Taming NOx emissions. The conversion from the original DLN (dry low NOx) hardware to FlameSheet was “seamless,” noted PSM and SRP, “the OEM’s fuel manifold was adapted to the new combustor.” However, when the units were first fired up with the new technology, the plant experienced some failed starts and incomplete ignitions. “GTs are very sensitive to fuel and air flows,” Saleh reminded.

The more stubborn problem, though, was that NOx emissions were initially much higher than expected at loads between 70% and 100%, higher than was demonstrated in PSM’s lab. The original permit limit was 25 ppm, but the new guarantee point is 9 ppm.

PSM specialists Brian Micklos, senior manager of product management, and Brian Kalb, lead tech for combustion mechanical design, described “runback events triggered by elevated flashback,” or in simpler terms, “the flame wasn’t where it should have been.” One liner experienced physical damage. The runback logic was revamped to prevent these problems, but the problem was that the combustor was running off of its design point.

PSM did some additional modeling and found unexpected air and fuel flows. Specialists added high-temperature thermocouples inside one combustor can, found some anomalies, and tweaked the FlameSheet liner with some expert welding. That helped, but a second “liner tune” was necessary. It involved “reworking the meter plate and flow sleeve” and additional welding modifications. The hardware tweaks were confirmed with CFD and air-flow testing.

Once the fuel/air ratios across the multiple fuel circuits were rebalanced, the units were able to achieve sub-9 ppm across the load range; reliability also greatly improved, as the combustion dynamics were much more stable after tuning. CO emissions were tuned to 7 ppm at 70 MW, and 10.5 ppm at 65 MW.

Saleh and Bills added that replacing the problematic combustion dynamics monitoring system (CDMS), a fleet-wide issue with these machines, contributed to the improved reliability. “The original electric sensors would fail monthly, lead to runbacks, and other problems,” they said. They were also difficult to access, because of the ¼-in. stainless-steel tubing attached over the combustor can. The new ones are mounted on the combustor “top hat,” not directly on the combustor.

“We were limping along with the old ones for so long because they were costly and difficult to retrofit,” Saleh noted. In any case, the old sensors were not compatible with AutoTune.

Desert Basin by no means is the first to drop this into the lessons-learned box, but it’s an important one. “You need to ensure that the owner/operator and the technology vendor are fully aligned on permitting,” stressed Saleh, “and that you know the details of the permit inside and out.” Bottom line: Make sure you manage expectations on how many additional starts, stops, and operating hours could be necessary to fully commission the new technology.

Can the HRSG take it? Impact on the HRSG was another challenge and lesson learned. “If there was one thing we could have done better, we would have worked out the full impact of the GT upgrade on the HRSG,” Bills said. The first contractor they hired to assess the impact gave them modeling, but “what we needed was a practical approach.” So a second contractor was engaged to more fully understand design aspects.

This part of the project is still being investigated. While the GT can now operate at 38% turndown, the plant is limiting it to 45% pending a better understanding of HRSG stresses. In the meantime, they are running field trials to see how the HRSG reacts at lower GT loads.

Balance-of-plant impacts. Another important area of BOP impact was the generator. The generator itself had ample design margin, but ancillaries needed attention. “We were fortunate that Desert Basin typically runs low VARs, so we don’t stress the excitation system,” said Bills. However, plant staff observed that the exciter was running hot the previous summer and, with the GT upgrade, was now bumping up against its temperature limit.

“Our exciter bridges are obsolete, but we devised a home-grown cooling system for them,” Saleh beamed. He credits one of the plant machinists with a penchant for race cars and a crack electrician for the creative solution.

Beyond the generator, Bills and Saleh add, be sure to review transmission capabilities, previous studies, and the owner/operator’s transmission agreements.